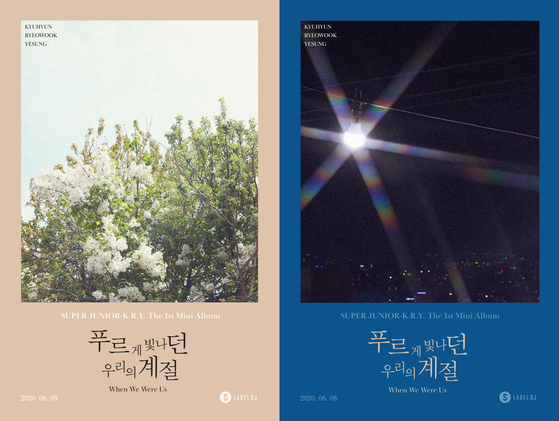 According to the agency, the trio's first EP "When We Were Us" drops on June 8 as the first official release to come under the subunit's name since the three recorded a song for the soundtrack of tvN's 2006 drama "Hyena."

The trio shared the news by sharing two teaser images of the EP through the agency's official social media accounts.

Super Junior-K.R.Y. released a Japanese single "Promise You" in 2013 and toured around Asia to perform for fans. Its second and final Asian tour was held in 2015.

The tour, which kicked off in Yokohama, Japan, and wrapped in Jakarta, Indonesia, attracted over 120,000 concertgoers in total.