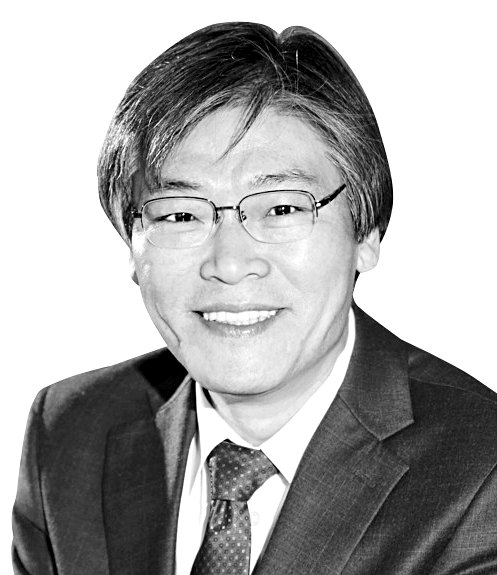 Forecasts about the world after the coronavirus pandemic are increasingly being made. It’s like arguing about how to handle the post-war era even though the war is not even over. The discussions are probably a part of human instinct for survival or possibly expressions of impatience. One thing is clear. The repercussions of the pandemic will be great.

You don’t have to borrow the insights of renowned scholars to feel that the world after the pandemic will be different. No one, however, can confidently predict the implications of the changes because the uncertainties are so broad. The latest issue of The Economist had a cover story called “Goodbye Globalization,” predicting the end of the era of globalization. It is highly possible that the era of globalization will end, but no one can say for sure.
Problems with the global supply chain were revealed during the pandemic. But we cannot deny the fact that globalization was the best solution capitalism has found to maximize profits by maximizing productivity and efficiency. We will soon face the challenge of overcoming the worst economic crisis since the Great Depression. Can we really give up the values of the global division of labor? The argument that the era of globalization has ended due to the pandemic is similar to an irrational argument that a road should be shut down because too many car accidents happen on it.

As everything has two sides, globalization has its pros and cons. It certainly worsened inequalities, but it also helped billions of people escape from poverty. Those who forecast the end of globalization probably tacitly want China — inarguably the largest beneficiary of globalization — to face a penalty as it was the source of the pandemic.

It is also uncertain to predict that a fundamental change will emerge in the international order. No wonder people around the world are worrying about a new Cold War as they view the rising confrontation between the United States and China since the pandemic began. Instead of cooperating with each other to protect the human race’s safety and counter an unprecedented crisis of the global economy, they are fighting over who should be held accountable. It feels like we are living in an era with no global leadership.

We cannot deny that U.S. President Donald Trump’s political calculations are behind the conflict between the United States and China. As his re-election strategy to promote economic accomplishments was critically hurt by the pandemic, Trump changed his tactic to China-bashing. Comparing the pandemic to Pearl Harbor or the Sept. 11 terrorist attacks, Trump said the United States can sever all ties with China. His remarks appeared to have a political intention to unite his supporters by resorting to anti-China sentiment and wartime patriotism.

The U.S. presidential election in November is a critical factor in U.S.-China relations. If Trump wins, he will be lifted from the burdens of re-election and may show a surprising flexibility in U.S. policy toward China. Or, he could promote a harsher policy.

If the Democratic Party candidate Joe Biden wins, U.S.-China relations will have room to breathe, but the outline of a post-coronavirus pandemic era will become clear only after the pandemic is calmed and the U.S. presidential election ends.

Until now, Korea’s diplomacy suffered turmoil whenever America or China had a major crisis. That’s because Korea has been relying on the United States in military terms while depending on China economically. Also, there was a sense of resignation that Koreans could hardly do anything on their own under such circumstances. But Korea’s prestige was heightened even without our knowing, as we saw from our successful battle against the coronavirus outbreak. It is no longer a country that the United States or China can look down on.

Korea’s diplomacy should take this opportunity to become smarter. Its diplomacy must be based on such universal values as global peace, international cooperation, mutual prosperity, human rights and the rule of law. While basing its destiny on the firm Korea-U.S. alliance, Seoul also must engage in a balanced foreign affairs strategy that values Korea-China relations.

It should challenge not only China but also the United States when the need arises. Korea is stressing the importance of principles in the ongoing negotiation of defense cost sharing, despite Trump’s unreasonable demand for a hike. That is a good example.

Korea is also praised for maintaining the principles of openness and transparency in disinfection efforts against the coronavirus. The Moon Jae-in administration is sharing the accomplishments of its successful disinfection know-how with the rest of the world and offering medical supplies such as test kits and face masks to others. Korea’s pandemic diplomacy is a change from the past.

It is, of course, important to prepare for the post-coronavirus pandemic era before others. But there is no need to rush as the uncertainties are too big in the global economy and international order. A smart, swift and prudent approach is needed for Korea’s diplomacy.