Ever wonder what goes on behind the scenes in the music industry? In Future Sounds, Space Oddity, a music creative group in Seoul that curates, promotes and studies the trends of the music world will discuss the hottest topics being talked about inside the music business and recommend music and artists that are catching the eyes of people working in the business.

With concerts canceled for the foreseeable future, fans are heading online for shows


The usually bustling cities across the country have been looking empty and forlorn for months following the coronavirus outbreak. Fearing that they may contract the virus, people have been minimizing contact with others, and the country is now preparing for economic stagnation.
As I talked to some of my friends and colleagues in the music industry about what frustrates them the most during this period, they all said that they are eager to go back to rubbing elbows with fans at concerts and festivals but are frustrated that they can’t do that yet.

Indeed, almost all the concerts and festivals scheduled for the first half of the year have been either postponed or canceled. Fans were especially let down when visits by popular foreign artists that they had been waiting months or even years for got canceled. Fans of British artist Mika, American rock band Green Day, British singer-songwriter Tom Walker, Bruno Major and even some major names in the classical music world were each left disappointed one by one.

It seems like the spread of the virus is slowing down here, and the government may begin loosening up the social distancing regulations. But it is not certain when concerts and festivals that include lineups of artists from overseas can resume.
Online platforms have become alternative methods for artists to meet up with their fans during this time, and different channels have been trying to catch the attention of viewers, many of whom seem to be just flicking through the flood of content, not exactly knowing what they’re looking for. I’ve picked out a few channels that are popular among insiders for being well-curated and well-produced. 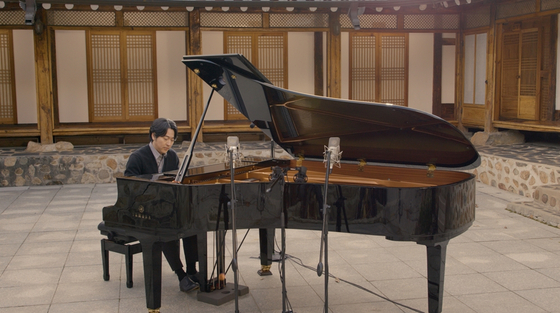 
Studio Kiwa
The channel is run by Universal Music Korea so the quality and the lineup is guaranteed to be high-quality. But what makes this channel special is that the artists perform live in the courtyard of a tile-roofed hanok (traditional Korean house) known as kiwa, or in one of the house’s rooms. The traditional Korean atmosphere works well with any genre of the music, so I recommend you to not just listen to the  music but also watch the concert. It’ll make you feel like you’re watching a live concert on a traditional street in Seoul.
https://www.youtube.com/channel/UCERwYftAwU93etB1xf3QPmg 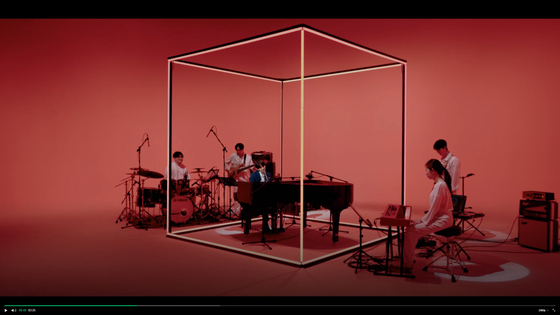 On Stage
If you want to discover a new Korean artist, On Stage is the place to go. It’s run by the Naver Cultural Foundation. The series has been running for the past 10 years and has a vast archive. You can take your time browsing through all the artists if you like what you see. You’ll be able to discover a whole new spectrum of K-pop. Because the series operates on a separate page on Naver rather than YouTube, it operates like a magazine filled with stories about the artists.
https://music.naver.com/onStage/onStageSeason2List.nhn


GQ Korea’s Hidden Live
It’s become a trend for YouTube channels to have their own versions of live series. Among the flood of live programs, I discovered one that’s being operated by GQ Korea titled “Hidden Live.” For older music fans who used to look at CD cases and say, “I like track No. 8,” before the arrival of streaming services, this program may be especially appealing. The series curates only “hidden songs” of the past that didn’t make it to the top 100 charts when they were released. I personally enjoyed rediscovering Seo Samuel’s lesser-known tracks while watching this channel.
https://www.youtube.com/playlist?list=PLSL_Y7Guh4uOTeG4ziDLP9sxYAmIBsZlG


Mahogany
“Colors” is a popular music content channel in Korea that I could’ve talked about, but I think it’s better to introduce “Mahogany.” This channel was launched in 2010, and it is filled mostly with acoustic performances from artists like Rhye, Billie Eilish and Tom Misch that may help you calm down.
https://www.youtube.com/user/themahoganysessions

KEXP
After it featured SsingSsing, a gugak (traditional Korean music) group, “Tiny Desk Concerts,” a video series of live shows hosted by NPR Music, grabbed the attention of Korean viewers for having a great lineup of artists. Another foreign channel on YouTube that’s beginning to grab the attention of Korean viewers is from the Seattle-based radio station KEXP. The channel uploads full performances that go for nearly 30 minutes. The long clips help you get to really know the artists.
https://www.youtube.com/user/kexpradio


Azit Live
Since I’m involved in this project, I am a bit shy to introduce it, but I can’t deny that it is a video series being watched by both music lovers and artists. The rectangular space where artists perform becomes a den, or a hideout, where they can do whatever they want. They can freely express themselves through music, and the producers film it live.
https://www.youtube.com/user/CJculture