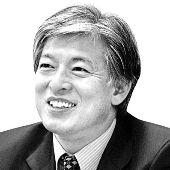 The author, former president of Korea University, is a professor emeritus of public administration.

As I was waiting for my flight at an airport in Toronto last year, I dropped by a bookstore. Beyond the shelves full of mystery novels and business books, I found “The Monarchy of Fear: A Philosopher Looks at Our Political Crisis.” I bought it and read it on the plane with much delight.

Author Martha C. Nussbaum teaches philosophical concepts in politics, education and law at the University of Chicago’s law school and department of philosophy. In the book’s preface, Nussbaum wrote that she began writing the book when she was shocked by the news that Donald Trump had been elected president while she was in Kyoto, Japan, waiting to receive an award. How did such an emotional and aggressive man like Trump appeal to American voters? Nussbaum attributed it to Trump capitalizing on the widespread anxiety in U.S. society. When fear grows in a society, so do the emotions to mitigate this through anger, envy and jealousy, which eventually leads to finding scapegoats and witch-hunts. Under such circumstances, people who heed “fake news” and blindly follow a certain leader tend to build solidarity as a group.

The book “Fear: Trump in the White House” by Bob Woodward is also about fear. The title of the book was derived from an interview Woodward had with Trump in 2016, when he and his colleague from The Washington Post asked Trump — then a presidential candidate — to define power. “Real power is — I don’t even want to use the word — fear,” Trump replied. His campaign strategy was to provoke fear among mid- and low-income white Americans. As Trump is vying for a second term in office, that same strategy still stands valid. The public’s fear was the very foundation of his “America First” policies for protectionism, anti-immigration and pressures to U.S. allies to pay up for America’s military presence.

The United States is not the only country that harnesses fear — which instigates populist leadership and exclusive nationalism — in politics. Japanese Prime Minister Shinzo Abe is pushing to revise the postwar Constitution. Chinese President Xi Jinping is striving to achieve his “China dream” by 2050 and Russian President Vladimir Putin is seeking to amend the Constitution to allow himself to remain in power until 2036. Abe, Xi and Putin are leading their countries with strong populism while stoking a sense of fear in the unstable international order.

People who live under fear easily fall for nationalism. That’s how the U.S. New Deal of the 1930s, Fascist Italy and Nazi Germany all came about. In his book “Three New Deals,” author Wolfgang Schivelbusch compared former U.S. President Franklin D. Roosevelt’s Tennessee Valley project with Mussolini’s draining of the Pontine Marshes and Hitler’s Autobahn. The three New Deal dramas empowered people to overcome their fear and to dream of a brighter future. But when such public projects were linked to populism, a major crisis emerged, as seen in the rise of Fascism and Nazism.

Roosevelt pushed through his New Deal initiative by appealing to the working class and using his weekly radio address to criticize his conservative opponents. By highlighting the role of a state to the fearful public, Roosevelt was able to serve four consecutive presidential terms and herald a Democratic occupancy of the White House, which lasted for over 30 years.

Income disparity has been widening in the beginning of the 21st century due to mass unemployment caused by the IT revolution and artificial intelligence. Many young people are losing jobs, and middle-aged workers are forced to take early retirement. Senior citizens no longer see a longer life expectancy as a gift — they see it as a future of fear. The coronavirus pandemic has steered the future toward greater fear. From small businesses to conglomerates, people tremble just by wondering when the economy may shut down and ruin their lives. Social distancing has proven to us that the lives we had taken for granted can fundamentally change.

The Covid-19 crisis has taught the world that a major paradigm shift of human civilization is imminent. Creating a “new normal” lifestyle is an unavoidable choice, but at the same time, it is the subject of fear. Nothing tastes sweeter than state protection when a dark shadow of fear is cast upon a society. Yet we must stay vigilant against a government leaning toward populist nationalism.

Nationalist prescriptions can be effective when a country tries to overcome a crisis, but when the prescriptions become common practice, democracy will bear the brunt. Intellectuals should deeply contemplate ways to help put the brakes on populist nationalism exploiting the shadows of fear.