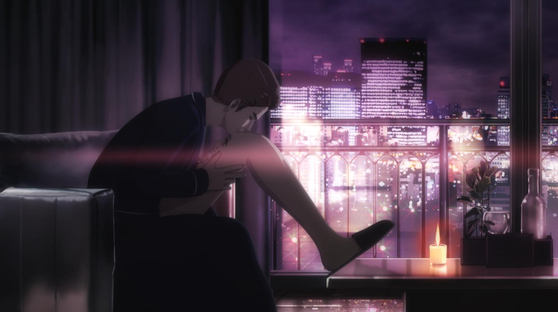 Scenes from animated films "The Shaman Sorceress," top, and "Beauty Water." The two films will compete in the Contrechamp section of the 60th Annecy International Animated Film Festival on Wednesday. [YONHAP]


Two local animated feature films — “Beauty Water” and “The Shaman Sorceress” — have been invited to the Contrechamp competition of this year’s Annecy International Animation Film Festival (Aiaff) on Wednesday.

Adapted from the horror web comic series “Strange and Weird” currently on Naver, the story of “Beauty Water” was an 11-episode story about a woman purchasing a mysterious water called “Beauty Water” which allows her to reshape her face and body to make herself beautiful.

Unlike the other films in the competition, the animated film is a horror thriller directed by Cho Kyung-hun and sponsored by Korean Film Council.

Director Ahn Jae-huun’s “The Shaman Sorceress” is also seen as a strong contender. Through this year’s nomination, Ahn became the first Korean director to be nominated for the competition section of the prestigious film festival twice. His 2011 film “Green Days: Dinosaur and I” was also nominated.

The film is based on author Kim Dong-ri’s novel of the same title that centers around one family’s collapse after a mother and a son have a religious conflict between shamanism and Christianity.

For this year, the festival received over 3,171 films from around the globe between November and March.

Created in 1960, Aiaff is one of the four international animated film festivals sponsored by the International Animated Film Association. This year was supposed to be the film event’s 60th anniversary. Due to the coronavirus pandemic, the festival will be conducted via online from June 15 to 30.