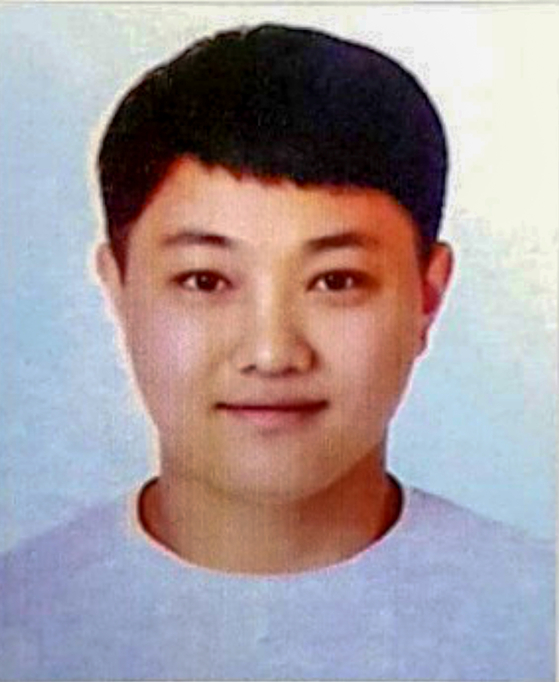 Choi Shin-jong, the 31-year-old suspect believed to be behind the murders of two women in Jeonju, North Jeolla, last month. [NEWS1]


Police on Wednesday disclosed the identity of a former wrestler suspected of the grisly murders of two women in North Jeolla.

Choi Shin-jong, 31, may also be linked to the disappearances of many more people he had contact with through a chat application. Police say they are investigating the whereabouts of 44 people who they have not yet been able to track — and who may have gotten on the wrong side of Choi.

Police said they were separately looking into 114 women who were recently reported missing in the North Jeolla area. They have concluded 77 of them had no links to Choi, while a probe is still ongoing into the other 37.

One of the women, a 34-year-old acquaintance of Choi’s wife, went missing on the evening of April 14 in Jeonju, North Jeolla, where Choi, his wife and toddler live. Her body was found nine days later near a stream. Police believe Choi raped and strangled her, stole a golden bracelet from her body and withdrew 480,000 won ($390) from her bank account.

The other victim, a 29-year-old woman who was visiting Jeonju from Busan, was killed in a similar way, police said. Her body was found in an orchard near Jeonju.

Choi was arrested by police on April 19 and placed in pretrial detention on April 21, though he initially denied the murder allegations.

According to police on Thursday the suspect later recanted his denials. He told police on Monday he killed the women because they made comments when he met them that made him “feel bad.”

On Wednesday, Choi became the first suspect in North Jeolla to have his identity publicly disclosed.

Under Korea's criminal law, prosecutors or police can disclose the identity of a suspect if a committee consisting of professionals and law enforcement officers deem it in the public's interest and to guarantee citizens’ right to know.

Local press in Korea focused on Choi’s history of violent behavior dating to his time as a childhood ssireum wrestler. Ssireum is a Korean folk wrestling sport dating to the fourth century that has experienced a revival recently on social media.

In elementary and middle school, Choi was regarded as a ssireum sensation who won multiple national championships. He quit the sport in high school for unknown reasons.

The suspect was later convicted and served jail sentences for two crimes. In 2012, he was sentenced to three years in prison for raping and threatening a former girlfriend when she ended their relationship. In 2015, he received a six-month prison sentence for stealing cash from a supermarket in Gimje, North Jeolla.

While police are looking into more potential victims, they denied a number of local press reports that said the suspect took part in online chats with over a thousand women throughout the last three years. The suspect operated a food delivery service in Jeonju, and many of his contacts are believed to be customers, police said.