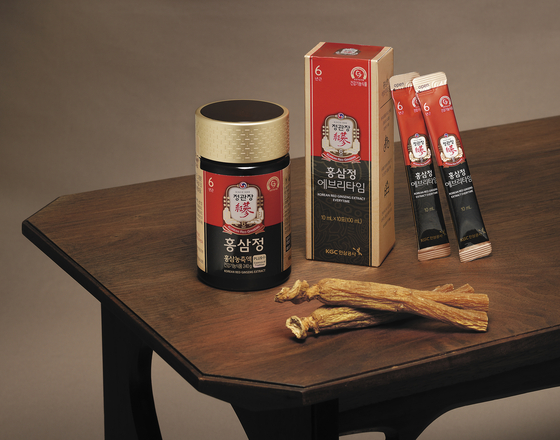 KGC’s CheongKwanJang brand products are known all around the world for being high quality. [KGC]


As the fear of the coronavirus sweeps across the world, many countries are doing their utmost to overcome this unprecedented virus outbreak.

Wearing a mask and frequently washing one’s hands are now considered daily preventive measures for most, but Koreans also rely on red ginseng as well to help fight the spread of the novel coronavirus. Red ginseng, which is normally steam-dried, is widely believed to improve immunity levels and has been endorsed by the Korean government for its benefits. There was a significant surge in the overall sales of red ginseng after the virus outbreak since it is known to boost immunity levels.

Studies also show that red ginseng has a significant effect on containing the virus. According to Lee Dong-kwon, a professor at the Sungkyunkwan University School of Pharmacy, red ginseng may slow the spread of the coronavirus since it has already been proven to be effective in fighting influenza. He mentions that after taking ginseng, the chances of getting a cold fell by two-thirds. Since influenza and coronavirus are both RNA viruses, the ginseng may also be effective in fighting off coronavirus as well.

The best-selling red ginseng products in Korea is CheongKwanJang, a brand launched by Korea Ginseng Corporation (KGC). Since 1899, KGC has been a key player in the ginseng industry and is widely known throughout Asia, the United States and Europe for having the finest quality ginseng.

What makes CheongKwanJang special is its high standard of quality control and safety in terms of ingredients. Through the process of contract farming, 6-year-old red ginseng, which is grown in state-of-the-art facilities, are harvested and each ginseng goes through 290 different safety tests over the course of 8 years.

A popular type of CheongKwanJang is Korean Red Ginseng Extract and its sales reach more than 300 billion won ($244 million) annually. This product is widely exported to various countries around the world including the United States, Japan, China and Britain.

Korean Red Ginseng Extract is made from extracting and concentrating red ginseng and is known to contain a variety of minerals such as amino acid and amino sugar. It has been enjoyed by people of all walks of life for its mild flavor and deep aroma.

“There has been a significant increase in the sales of red ginseng since the outbreak of the coronavirus.” said an official from KGC. “Korean Red Ginseng Extract is especially popular since it is made from 100 percent Korean red ginseng.”

Are masks the best vaccine? (KOR)