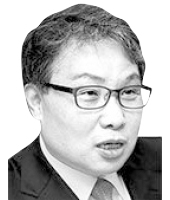 Choi Byung-il
The author is a professor at the Ewha Women’s University Graduate School of International Studies.


One thing is sure, regardless of whether a government succeeds in dealing with the Covid-19 pandemic — the return of big government around the globe. Korea has achieved industrialization, democratization and development faster than any country on the planet. And yet we are going back to the 1970s, when the government was omnipresent.

A government’s role has surged back after its influence was restricted to allow more space for the market. Why is this happening?

Korea’s response to Covid-19 stood out, as the United States and European countries stumbled to contain the virus’s spread in their territories. In its determination not to repeat its past errors during the Middle East respiratory syndrome, or MERS, outbreak in 2015, Korea authorized the digital weaponry to fight a new infectious disease. A person carrying the virus can be watched and traced around the clock.

The market swiftly turned out test kits to identify the novel virus infection. Medical professionals voluntarily devoted themselves. The aggregate endeavors have elevated Korea’s quarantine response to the level of an international benchmark. “We were finally able to shake off the sense of inferiority against Japan,” a colleague at my university said. Western society which first raised privacy questions over Korea’s digital quarantine methodology is now out to follow suit. The super-powerful government in the face of an inexorable — and invisible — foe has resurfaced to defend public health.

As the Covid-19 pandemic has begun threatening the economy as well as public health, only the government can afford to spend on behalf of consumers and corporations. The government is justified in its duty to spend as much as it can to prevent a recession and lasting damage. The government has grown, part of a global trend resulting from the virus pandemic.

The return of a big government would epitomize the populism in Korean politics that sprouted in 2010 with cuts to university tuition, free school lunches and universal social welfare. Since the results came from the overwhelming support from the voters in the April 15 parliamentary elections, populist pledges can hardly be criticized now.

The votes manifest the public’s choice. The choice between growth and redistribution is no longer an issue. The ruling Democratic Party (DP) chanted fairness, engagement and sharing even before the election netted a landslide victory in the general election. The mighty government is the result.

Korea faced two inevitabilities — a population aging at the world’s fastest speed and digitization. The “graying” and “digital” tsunamis were supposed to sweep through Korea’s weak areas.

The winners changed. But the winner-take-all rule in capitalism did not. Big government interfered with its own set of rules. The liberal administration under a single, five-year president vowed to pave the way to a fairer society and economy. A plethora of presidential commissions were set up, but actions did not follow.

The novel virus outbreak helped advance our predestined future. As social distancing has become everyday practice, our fast migration to “untact” or unmanned society has exposed the shadows of the digital age. The home has taken up a new role to provide A remote schooling and working environment.

The comical scene in the film Parasite, where the family living in the basement must move around for free WiFi connection to access the internet, has panned out in real life. The elderly, unfamiliar with signing up for emergency relief grants online, had to line up at their community centers, wearing face masks, to apply for their share. That was a sad portrait of Korea, a proud technology powerhouse.

A big government must take up its responsibilities in tandem with its outsized role. It must tend to illness, defend the mainstay industries and improve economic fundamentals. The government must prevent mass job losses among the self-employed while keeping the middle class from collapsing. It must restructure an economy that had been over-reliant on manufacturing. The restructuring was supposed to protect against the next crisis hitting the country — in late 1997 and 2008 after the Asian financial crisis and the Wall Street-triggered global meltdown, respectively — but fundamental actions had not been taken due to apparent political risks.

The Korean economy could transform into an industrial power after mimicking developed economies — and because it rode well on the explosive IT wave in the 1990s. Japan, whose electronics industry once threatened the United States, chose isolation and self-sufficiency under trade pressure from Uncle Sam. Japan has been sinking since then.

In the meantime, Korea quickly moved to the digital age and adapted to the new environment. As government monopolies were privatized, free competition went into place. In an extension of the crusade, IT infrastructure connected homes, workplaces and public institutions across the country. The globalization wave from the fall of the Cold War provided traction for Korea Inc.

Through its successful battle with Covid-19, the Korean government has now set a goal to digitize the industry. But it must learn from past mistakes. Korea, of course, should bolster localization as globalization has been shaken by the new virus pandemic. But at the same time, we must not think we can be self-sufficient.

Japan has fallen because it went inward. Korea has the best IT expressway, but the roads are not well used due to a critical dearth of diverse vehicles. If regulations are not removed, nothing could be gained from the Covid-19 experience. A temporary introduction of telemedicine, a taboo word for doctors, can be shortened with the exit of the virus.

Can this time be different? Political will is essential. Pain is inevitable in transitions. In an elected democracy, the leadership trying to pursue a sustainable vision despite short-term pain has never lasted because painkillers have been too tempting.

If the government only spends without applying creativity and ingenuity from the private sector and global community, Korea won’t leap forward. Instead, the government will become outsized, with too much payroll for its employees. If this continues, we could end up like the United Kingdom, which has seen the highest Covid-19 death toll in Europe. Free healthcare for all citizens alone cannot save lives. Korea must heed to global lessons if it does not want follow in their steps.

A good start for Korea-Japan relations

Korea must get over the fear of failure