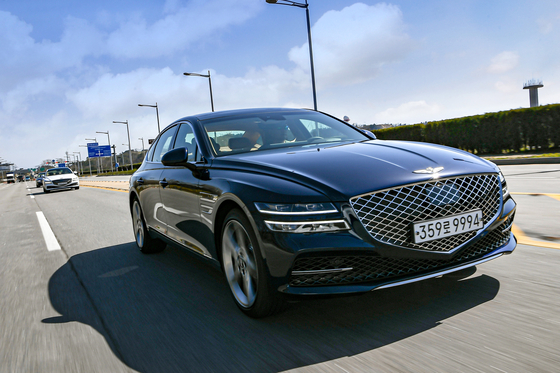 
Cars are selling well despite the Covid-19 outbreak.


In the January-February period, total sales dropped 17 percent on year to 209,365 units due to manufacturing disruptions as a result of the outbreak. But in the March-April period, sales snapped back, increasing by 9 percent on year to 331,492 units, according to the Korea Automobile Manufacturers Association and the Korea Automobile Importers and Distributors Association.

Demand is so high, delivery is expected to take months for some models. This is in contrast to auto markets in Europe and North America, where car sales have fallen dramatically and have not rebounded to the same extent.

Hyundai Motor's Genesis G80 and GV80 will take more than six months to be delivered if they were to be ordered today. The company initially set its annual sales target for the GV80 at 24,000, but the first SUV model from its Genesis luxury brand gained more attention than expected, with 15,000 units signed on the first day of release. 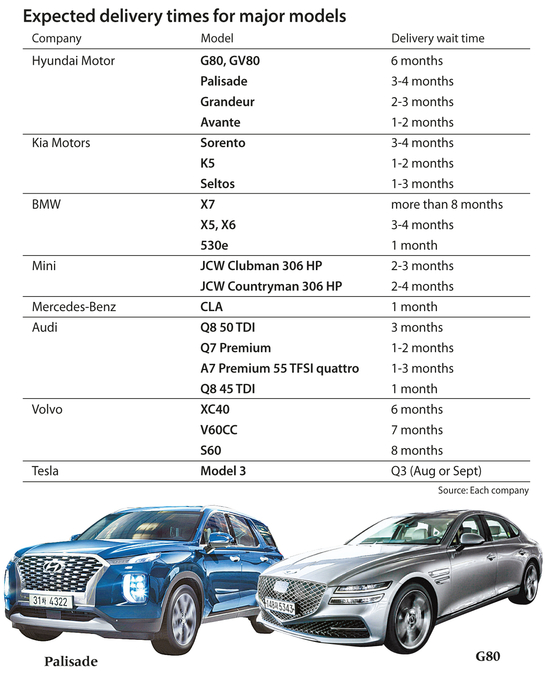 
Hyundai's Palisade requires a long wait as well. Last year, Palisade orders took as long as 10 months to be delivered. After Hyundai Motor increased production at its Ulsan plant and turned its export volume blocked by the coronavirus outbreak toward the local auto market, the delay has been reduced to three to four months for domestic orders. Hyundai's Grandeur is two to three months behind, and the new Sorento of Kia Motors is also three to four months behind.

Among imported cars, it takes seven months to get the X7, BMW's large SUV, while the X5 and X6 take three to four months.

BMW MINI's JCW Countryman 306 HP and JCW Clubman 306 HP take months to be shipped. The 70 units already imported have been sold, and the suspension of British factories due to the coronavirus outbreak is affecting the auto manufacturing supply chain.

Volvo's XC40 and V60 Cross Country and S60 are taking more than six months to be delivered. 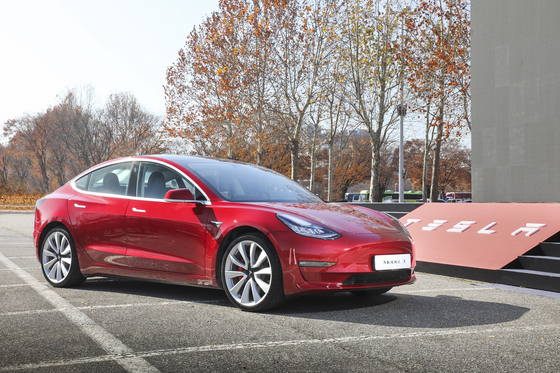 
Tesla's Model 3, which is delivered quarterly, will arrive between August and September if ordered today. Tesla’s Fremont plant in California has been suspended since March due to the coronavirus pandemic.

Although auto companies are reopening their plants, they are not able to manufacture in the same quantities as before.

"Despite the trend of reopening of plants, production remains low due to weak global demand, preventive measures against Covid-19 at factories and delayed supply of auto parts," the official from the Korea Automobile Manufacturers Association said.


In order to boost domestic demand amid the coronavirus pandemic, the government implemented a consumption tax cut from 5 percent to 1.5 percent (within a limit of 1 million won [$800]) for car buyers from March until the end of June. But consumers who placed orders may not get the break due to production delays. If the vehicle is shipped after June 30, the tax returns to 5 percent.

For this reason, the government is considering extending the tax break period until the end of the year.