The rapper makes her debut as an actor in 'Jazzy Misfits' 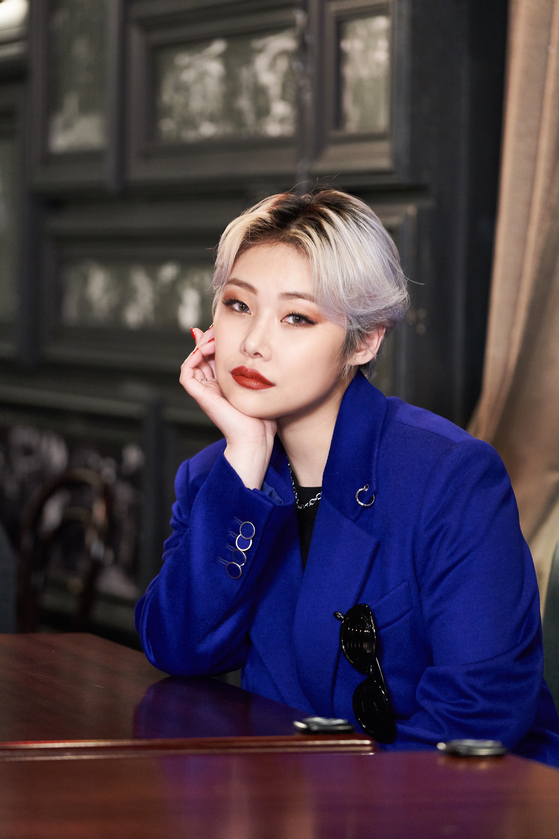 
Killing two birds with one stone would be the perfect proverb to describe what the film “Jazzy Misfits” means for rapper-turned-actor Kim Eun-young, better known by her stage name, Cheetah.


Not only did the movie provide the opportunity for the rapper to show off her acting chops, it gave her love life an unexpected boost when she was least expecting it.

“The overall film plot and message it was supposed to get across to the audience was pretty much set by the film production company Lezhin Entertainment,” Kim said in an interview at a cafe in Samcheong-dong in central Seoul last week.

“It was going to be about this mother and a daughter who roam around Itaewon looking for the missing youngest daughter who had run off with their money. Along the way, the film wanted to talk about biases and stereotypes, and my former agency’s CEO had shared some of my songs [with the company] and they really liked them. While we were discussing [how to input my songs], they asked me if I could feature in the film since they were going to use my music anyway.”

Kim took the offer to portray the older daughter, Sun-deok, an up-and-coming jazz singer known by her stage name “Blue.”

Taking on the role also meant Kim began working closely with actor and director Nam Yeon-woo. The pair immediately hit it off. 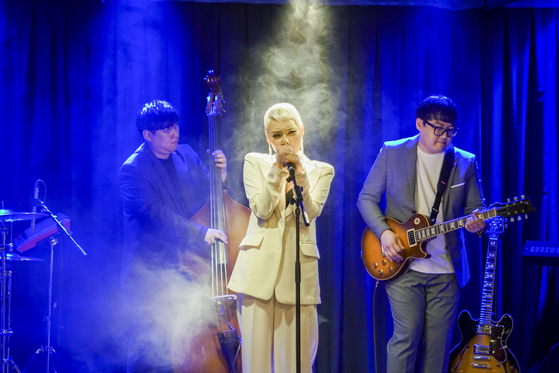 Rapper Cheetah portrays the role of Sun-deok, a talented jazz singer in Itaewon who goes by the stage name "Blue." [TRIPLE PICTURES]


“We started dating before the film even went into production,” Kim said. “But we came to a mutual agreement that our work and love life should be separated. On the film set, we remained as an actor and a director.”


The couple's decision to separate their love life and working relationship helped Kim to focus on her acting debut. She says the biggest difference she noticed between performing onstage and acting was that on set, she had to repeat her scenes over and over again while on stage, she has just three minutes to give everything she's got.

“It was strange yet refreshing for me,” Kim said. “Another difference that I liked about working on films is the sense of solidarity I felt while filming. Before I acted, I had no idea that there were so many people involved in one film, nor did I know that there was going to be so many pairs of eyes watching me act [laughs]. But I liked that we were putting our heads together to create this film. Music production can be lonelier, because it’s mostly a one-person job.”

All of the five songs featured in the film were produced and performed by Kim. The five-part EP, also titled "Jazzy Misfits," was released on May 25 — which, coincidentally, is her birthday.

“I feel like I’m reborn because, in a way, I’ve achieved my childhood dream [to be a singer],” Kim said. “Just the fact that the audience can see and hear me sing is truly special for me.”

Although the rapper rose to stardom through her powerful performances, witty lyrics and her clear yet distinct diction in the first season of the hip-hop competition show “Unpretty Rapstar” (2015) on Mnet, she originally wanted to become a singer.

However, her dream was dashed when she was hit by a bus at just 17 years old and had to receive major brain surgery. After she recovered, her voice became huskier and she turned to rap instead.

Not only does the audience get a chance to see Kim's singing skills, “Jazzy Misfits” is also set in the neighborhood she currently lives in, Itaewon.

The neighborhood is known to be a safe haven for many types of people deemed misfits by Korean society. 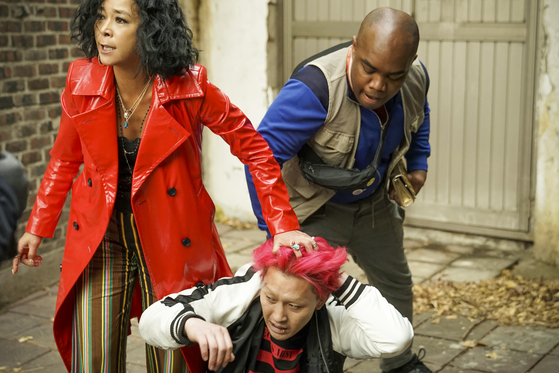 The film was set in Itaewon because it was the most adequate place to run across all sorts of "misfits" far from the mainstream society. Above, Cho-mi tries to wrestle out clues from a suspicious-looking man (played by real-life drag artist Nana Kim) with the help of a delivery guy Jeong-bok, who is Korean by heritage (played by actor Terris Brown). [TRIPLE PICTURES]


“The film doesn’t say that we should embrace them all or try to understand them,” Kim said. “The characters just face each of the ‘misfits’ without being particularly surprised or treating them differently. That’s the heart of the message.”


As the film is set in the pre-coronavirus Itaewon, the audience can also see the bustling and vibrant sides of the neighborhood.

“It was sort of a relief to see the bubbling streets once again,” Kim confided. “I live in Itaewon, and I love to walk and discover new pubs and restaurants with my friends. The funny thing about this neighborhood is that each street offers an entirely different set of attractions and entertainments to enjoy. It’s a great place for an artist to gain inspiration, and I hope the old Itaewon is revived again soon.”

While misfits is one of the main themes, the relationship between mother and daughter is the essence of the movie. The characters themselves are such polar opposites they barely seem related, but their relationship develops throughout the film. 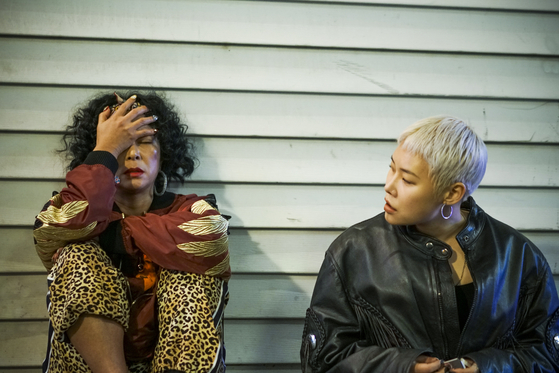 Sun-deok is as different as she can be from her mother, Cho-mi (played by Cho Min-su). The two grudgingly spend the day together to look for their missing youngest. [TRIPLE PICTURES]


Sun-deok is guarded and doesn't reveal her emotions, but when she sings a song dedicated to her mother, both characters are moved to tears, although her mother quickly leaves so her daughter doesn't see her cry.


“I think Sun-deok cried because she understood her mother — despite how incompatible and mismatched they were,” Kim said. “It wasn’t originally a scene where she cries, and I don’t think I would have been able to cry if it was written in the script. I just cried, unable to withhold my emotions, but thankfully, Nam and the rest of the staff thought that this reaction was better.”

It is the same scene that led Kim to break down in tears when watching the film for the press event last week as she thought of her own mother.

When asked to imagine what would happen to the two characters after their emotional outpouring, Kim said she thinks that the two would have had a meal together.

“I think Cho-mi [the mother] would have nonchalantly said in passing to come by sometime for a meal,” Kim said. “And after bickering a bit, I think Sun-deok would have gone to her because she always wanted her mother’s affection. But after that, [like in the film’s ending,] they would have gone back to live their separate lives.”