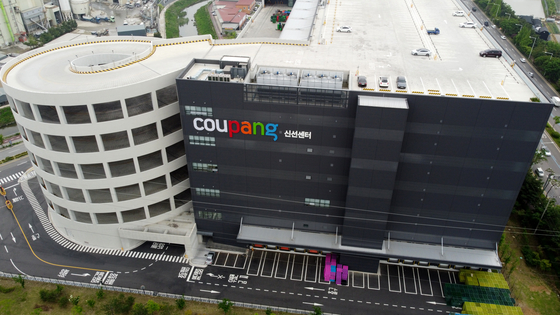 
A total of 11 people have now tested positive for coronavirus in connection with a possible cluster at a Coupang distribution facility in Bucheon, Gyeonggi.

Coupang admitted earlier in the day that three employees at its Bucheon facility, which handles deliveries to the metropolitan area and western Seoul, had tested positive for the virus.

More than 3,500 people who worked at the distribution center, including Coupang employees, temporary workers and workers from suppliers over the past two weeks will be tested.

The 11 people confirmed with the virus as of 7:30 p.m. on Tuesday live in metropolitan areas, including Bucheon, Paju in Gyeonggi and Guro District in western Seoul.

Before the additional figure was revealed, Coupang admitted three employees from the Bucheon distribution center are included among the total of 87 coronavirus patients confirmed by the Bucheon City as of Monday.

The distribution center has been temporarily closed.

Coupang said the temporary shutdown won’t affect deliveries to those areas since it has distribution centers elsewhere, including Goyang in Gyeonggi and Incheon.

Coupang suggested there shouldn’t be concerns for the spread of the virus from its employees since the products are all packaged.

“All the products are sealed and packaged [when they arrive at the distribution center],” said Kim Se-min, a spokesperson for Coupang. “Employees are not able to directly touch the products. They are also required to wear gloves and a mask while working.”

Kim added, “Of many coronavirus infections, there hasn’t been a single case of the virus spreading through packages.”