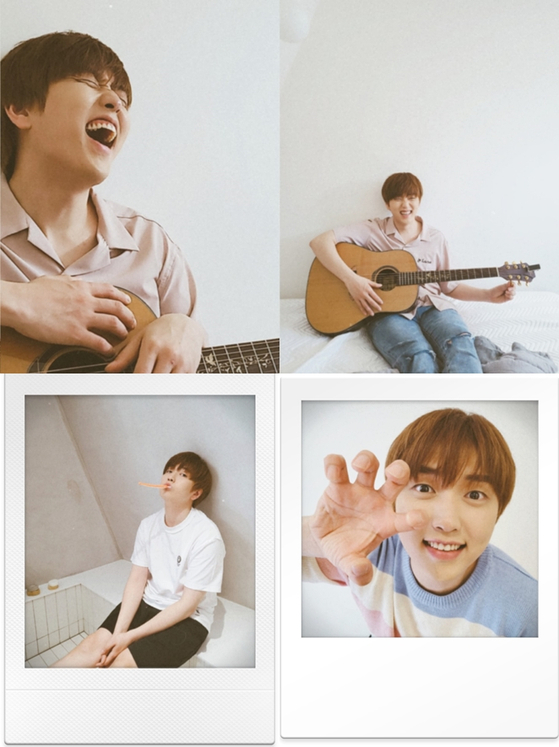 Sandeul of boy band B1A4 will release a new track for the first time in a year, the first of a series of new music under the title "My Little Thought."

According to his agency WM Entertainment, Sandeul's new digital single "Lazy Me" drops Wednesday at 6 p.m., a year after his second EP, "One Fine Day."

The agency revealed a teaser image on Tuesday showing Sandeul sitting in different spots around his house with his guitar, an indication of the relaxed and laid-back vibe the new music will conjure.

Sandeul wrote the music and lyrics for "Lazy Me," proving himself as a solo musician.

He made his solo debut in October 2016 with "Stay As You Are" and released his second EP "One Fine Day" in June last year.

A debut after a decade

Miyeon to release 'My,' her first solo EP, on April 27