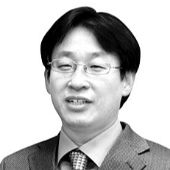 Many people had doubts about the government plan to dole out 1 million won ($810) to each household of four in emergency relief grants. Some questioned why stimulus checks should go out to the rich when the government’s deficit has been swelling. But others thought it could be a good idea to breathe life into an economy struggling from the coronavirus epidemic. Too much time could be wasted if wrangling went on over whom to give the money and whom not. A political compulsion to win votes in the April 15 parliamentary elections also played a part in handing out the relief grants.

Since the program was rushed, it started off bumpily. During online sign-ups for the grants, a “donation” banner popped up after people put in their personal information. They pressed it by mistake thinking it was just a part of the application procedure. Complaints soon mounted that it could be a plot to force donations by mistake. The use of the handouts also raised controversy. Some grants could not be used in big-box stores, large grocery chains, department stores, entertainment locations and online shopping malls. The government explained that the stimuli checks were aimed at helping mom-and-pop stores across the country as well as community economies.

But a benign intention does not always work out. Some grants were accepted in luxury stores, if not those in department stores, or at such big name chains as Ikea and Starbucks. They could not be used to purchase appliances in outlets of big domestic electronics companies, but could at Apple stores. Spending was prohibited at stores run by big Korean corporations but not in the outlets of global brands. The original goal to stimulate small retailers and community stores actually ended up isolating only large domestic companies.

A CEO of a large company sighed in fear of more business hurdles after the ruling Democratic Party won a super majority of 177 seats in the 300-seat National Assembly in the April 15 parliamentary elections. He worried about an outpouring of anti-business regulations from the DP-controlled legislature. The campaign booklet of the DP was full of menacing promises to reform the chaebol, regulate large business groups and enhance consumer rights. For instance, the ruling party will likely seek heavier penalties on antitrust violations by conglomerates through drastic revisions in the commerce and fair competition rules and promote the rights of individual shareholders and consumers.

Companies naturally could be fearful of impediments to corporate activities. They can hardly make investments due to uncertainties and setbacks from the Covid-19 pandemic. The government beckons companies to return home and bring new investment and relocations. But they are still heading in the opposite direction. LG Electronics decided to move two production lines for TV sets from its base in Gumi, North Gyeongsang, to Indonesia. One civic group in Gumi called the move “a lightening-like shock.”

Large local retailers are undergoing streamlining due to the Covid-19-triggered slump. Thousands of their employees could lose jobs sooner or later. Large companies remain exclusive targets for government regulations. Mid-sized companies are reluctant to bulk up and join the large category in fear of falling under multiple regulations, which is called the Peter Pan syndrome. Companies refuse to “grow up” — because they know it makes bad business sense.

The government’s corporate tax revenue reached 72.2 trillion won last year, a quarter of last year’s national tax revenue. The superrich companies, which make up 0.1 percent of the entire corporate sector, account for 60 percent of all corporate taxes. Large companies are inseparable from the Korean economy. At least one person in many families works in large companies or for their contractors. The liberal administration’s anti-big business approach cannot help in the national battle with a virus crisis.