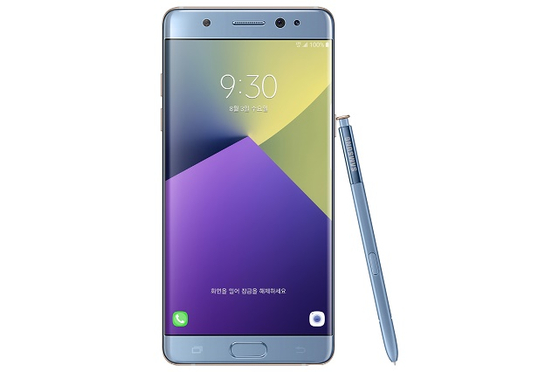 
The Supreme Court on Thursday dismissed a class-action lawsuit against Samsung Electronics in connection with overheating problems that affected some Galaxy Note7 smartphones back in 2016.

More than 200 users were seeking compensation for financial and mental damage caused by the recall of the ill-fated smartphone in a lengthy legal battle that started four years ago.

The Supreme Court, however, said that Samsung’s move to recall and permanently halt the production of the phone was unlikely to have led to a severe enough strain on consumers' mental state to warrant financial compensation, given that the smartphone maker followed through with the appropriate recall and compensation measures after reports of the phone bursting into flames emerged.


The decision upheld a previous ruling by Seoul High Court.

Samsung Electronics announced a recall and stopped selling all Galaxy Note7 devices in September through October 2016, embarking on a massive refund and exchange program.

A damage complaint was initially filed on behalf of 1,858 Galaxy Note7 users in November that year, demanding 500,000 won ($403) per person for "financial and mental damages" caused by the smartphone.

In the first trial in 2017, the court rejected the complaint, saying that the users were already entitled to a refund at Samsung Electronics stores across the country and the process wasn't unreasonably inconvenient.

After the ruling, 204 of the original complainants appealed the decision.

The high court upheld the previous ruling, saying that any inconvenience or undue worry had already be recompensed by the original recall measure.