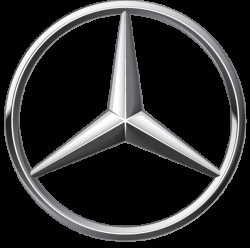 The Seoul Central District Prosecutors' office said Thursday that it raided the Mercedes-Benz local headquarters in Jung District in central Seoul over two days starting on May 27 until around noon on May 28.

Korea’s Ministry of Environment on May 6 said it would file a suit against the carmaker saying that it used software in 12 of its models sold between 2012 and 2018 to lower the level of nitrogen oxide emitted from the cars undergoing approval tests by the ministry. The number of the affected vehicles totaled some 37,000 units.

The ministry said the problematic software stopped functioning properly after the cars were driven a certain distance on real roads, which resulted in the vehicles emitting nitrogen oxide as much as 13 times higher than allowed.

It fined Mercedes-Benz Korea 77.6 billion won ($62.6 million), the most ever for a car imported to Korea.

The Korean unit of the German luxury carmaker said it doesn't agree with the ministry’s findings and that it will pursue legal action in the near future.

Mercedes-Benz Korea’s CEO Dimitris Psillakis, who has led the Korean unit for the past five years, wasn't available for questions as he has been on a business trip, according to the company. He was appointed as the head of sales and product management at Mercedes-Benz USA on May 1.