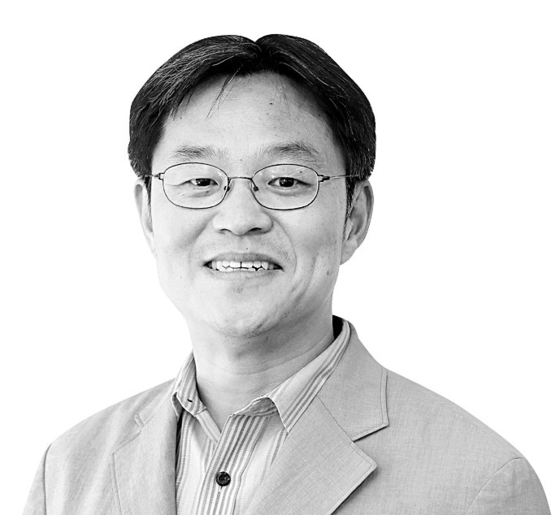 
Conflict between the United States and China has long been foreseen. Signs surfaced even under the Barack Obama administration. A U.S. House intelligence committee report warned U.S. companies against using equipment of Chinese telecommunications giant Huawei Technologies and another Chinese telecom ZTE, accusing them of spying on Americans and violating U.S. laws.

The congressional report underscored discomfort about China’s ascension, and the goal to overtake the United States in economic and military power. The United States found China’s rise menacing. A senior official from the U.S. State Department told a Korean lawmaker when he visited Washington two years ago that even if it had not been Donald Trump, any U.S. leader would have stopped Huawei. The U.S. could not allow China’s supremacy in new technologies like artificial intelligence. China can freely access data of its 1.4 billion people. Chinese AI-powered technologies can flourish under the unlimited big data troves. Under such circumstances, America can only contain China’s rise through hardware, or chips. Software is powerless without the backing of hardware, he said.

The conflict between the two superpowers has amplified under hot-tempered U.S. President Trump and the unexpected Covid-19 pandemic. After fiery verbal exchanges and threats, the Communist Party of China last week passed the controversial Hong Kong Security Law, authorizing mainland security forces to move in and control the press, speech and assembly. Trump vowed to remove visa waivers and other special exemptions for Hong Kong.

A power game usually involves roster-building. Washington and Beijing are beckoning allies to their side. Seoul is chased most eagerly by Beijing. Getting Seoul on its side would serve both a strategic blow to Washington and be an advantage. Chances are not that low. Seoul has been working hard to achieve Chinese President Xi Jinping’s state visit. The alliance with Washington also has been weakening.

Korea is in a conundrum. Its past “strategic ambiguity” may not work this time. It would have to make a choice eventually. But taking a certain side, whichever it is, would be highly risky. It has experienced the consequences of losing favor with Beijing through by installing the U.S. antimissile system. Korea could face economic retaliation from its biggest trade partner even before Japan’s curbs on key material exports to Korea have been lifted. Beijing is bound to use its economic muscle. It can ban travel to Korea, spearhead a boycott on Korean brands and restrict Korean companies from doing business in China. It would shrug off any retaliation claims by arguing that it does not meddle in local government affairs.

Irking Washington is equally dangerous. Seoul could face harsh words and actions from Trump. Washington could weaponize security and finance. Governments give in to the United States because of its financial prowess backed by greenbacks. Of course, America is not like China. Unlike China’s National People’s Congress, where there was only one vote against the revision of the Hong Kong Security Law, separation of powers keeps the U.S. government in check with reason. Still, we cannot be sure. The market shakes only from a possibility of uncertainty.

We also must not forget China’s innate sinocentrism. China historically regarded Korea as one of its subordinate states. It had refused to address our ancient state Goguryeo (one of the three kingdoms in Korea) because its Chinese name starting with Go meant “high.” It instead referred to the state as “Haguryeo,” using “ha” that means “low” in Chinese. The high-handedness remains. During his summit with Trump in 2017, Xi said Korea used to be a part of China.

China seeks hegemony in the global economic order. It attempted to make the yuan an international reserve currency. When that did not work out as planned, it sought currency hegemony in virtual and digital money. It has been encouraging digital payment in the settlements for infrastructure projects in the countries it sponsors in the One Belt One Road initiative to help achieve economic and financial hegemony. If Korea joins the order, China can weaponize finance to pressure Korea.

There are too many factors to consider. But the problem is that the Moon Jae-in government does not think in making polices. It tends to act first and then find excuses to justify its move. We have seen it through its pursuit of a phase-out of nuclear reactors and the income-led growth policy. As reason does not stand here, data is often bent for policy design. Such amateurishness should not be applied when walking a diplomatic tightrope. Diplomacy must be pragmatic not sentimental.