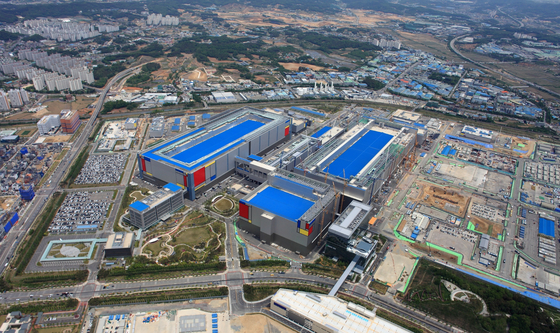 Mass production is scheduled to start during the second half of 2021, the company said. Construction of clean rooms, one of the initial phases of the expansion, began in May.

The new NAND flash production facilities will be located inside Pyeongtaek’s Line 2, one of two production lines in the complex.

Samsung did not disclose the cost of the expansion, but local news outlets have indicated the figure may be around 8 trillion won ($6.5 billion).

The company said it believes that mid- to long-term demand for NAND flash memory will remain strong, fueled by artificial intelligence, internet-of-things applications and 5G expansion.

Samsung has long been a leading manufacturer in NAND flash memory. According to DRAMeXchange, the chipmaker’s share in the global NAND flash market stood at 33.3 percent during the first quarter of 2020.

The company currently has NAND flash production lines in Hwaseong, Pyeongtaek, both in Gyeonggi, and Xi’an, China.