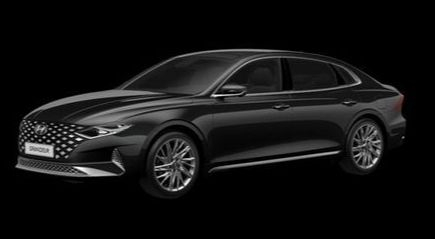 Hyundai Motor sold 13,416 units of its Grandeur full-size sedan in May, towing the carmaker's monthly sales amid the coronavirus outbreak.


Hyundai Motor’s sales in May plunged almost 40 percent on year as the coronavirus outbreak continued to hamper operations.


“We are coming up with countermeasures for each region to overcome the unprecedented global crisis,” the company said in a statement Monday. “Through minimizing the negative impact and securing stable global supply chain, [Hyundai Motor] will continue to roll out aggressive measures for risk control.”


Hyundai Motor’s overseas manufacturing lines, which were suspended in March, were all back in operation by May, but they are still not at 100 percent as they are only partially operating to limit the possible spread of the infectious disease, according to the carmaker. 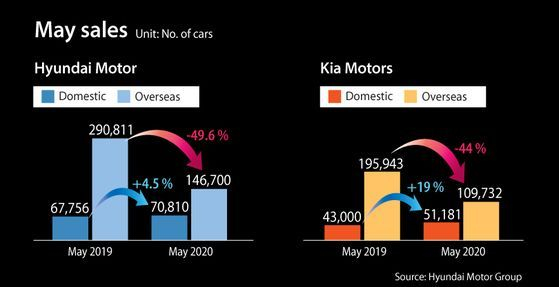 A total of 13,416 Grandeurs were sold that month, a 61.1 percent year-on-year jump. It rolled out a face-lifted version last November. The company sold 9,382 Avanates last month, following the introduction of a revamp in April, and 5,827 Sonatas.

Sales of the Genesis models boomed. A total of 7,591 G80s were sold following a revamp in March, a 287.2 percent year-on-year jump, and 4,164 GV80 SUVs were sold after the vehicle was launched in January in Korea.


By models, 25,738 compact SUV Sportages were sold, followed by Seltos and Sorento.


Renault Samsung Motors sold 11,929 units in May posting, a 16.2 percent year-on-year drop. New models — the XM3 crossover and Captur compact SUV — contributed in its better-than-expected domestic sales, up 72.4 percent on year. A total of 5,008 XM3s were sold. The vehicle was launched in March sold 5,008.

It's not the journey, it's the snacks you buy along the way