From Paris to Seoul

From Paris to Seoul 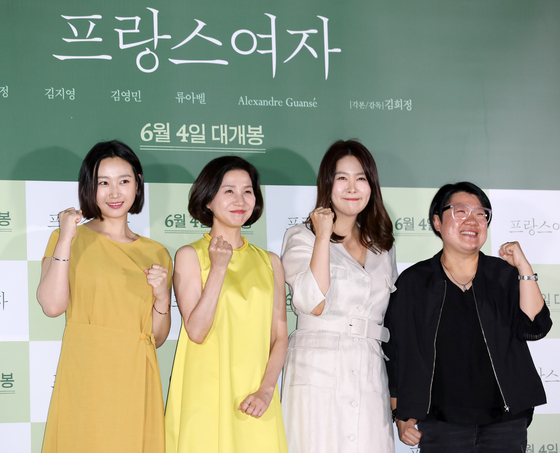 From left, actors Ryu A-bel, Kim Ho-jang, Kim Ji-young and director Kim Hee-jung pose for the camera at a press event for upcoming film ’A French Woman“ held at the Konkuk University Entrance branch of Lotte Cinema, eastern Seoul, on Monday. The film is about Mi-ra, who went to France with the dream of becoming an actor 20 years ago and her return to Seoul to meet her friends. The film premieres on June 4. [NEWS1]