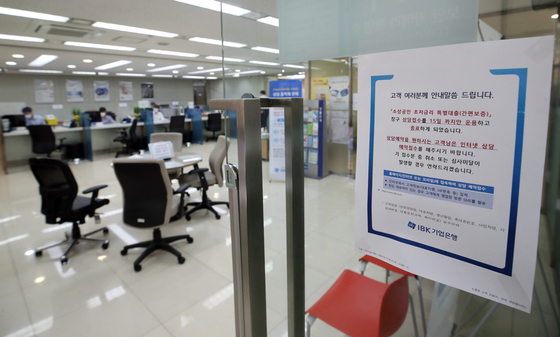 Korea's industrial loan hit an all-time high in the first quarter of 2020. [YONHAP]


Businesses in Korea are borrowing more than ever as they struggle with challenges related to the Covid-19 outbreak.

According to Bank of Korea data released Tuesday, industrial loans reached an all-time high in the first three months of the year, both in terms of loans issued that month and total loans outstanding.

Outstanding industrial loans totaled 1,259.2 trillion won as of the end of March, which is up 10.4 percent on year.

By industry, the service sector borrowed the most, as it took a direct hit from timid consumption. 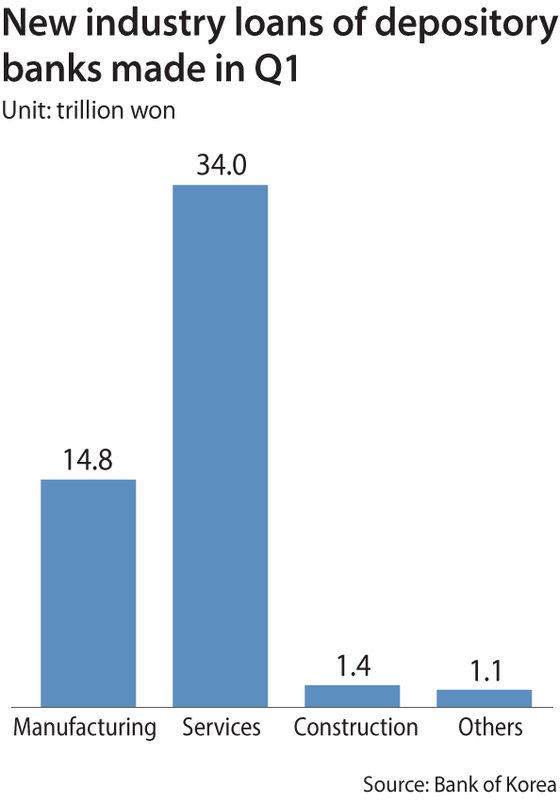 Within the service sector, wholesale, retail, hotels and restaurants borrowed the most, at 12.2 trillion won, followed by real estate, with 6.5 trillion won and finance and insurance, at 5.7 trillion won.

The construction sector borrowed 1.4 trillion won in the first quarter.

“The amount of loans increased largely in the service sector as its business condition deteriorated largely due to Covid-19, resulting in the government and the financial institutions to roll out loan programs to small- and medium-sized enterprises and self-employed people,” the bank wrote. “Manufacturing demand for capital increase due to dismal business conditions derived from Covid-19.”

Most of the new loans were used for working capital instead of on facility investment, which means that keeping their business afloat was an imminent issue rather than expanding or improving their businesses.

A total of 37.7 trillion won, or 73.3 percent of the new loan extended in the first quarter, was used as operational funds, while the remaining 13.6 trillion won was used on facility investment.