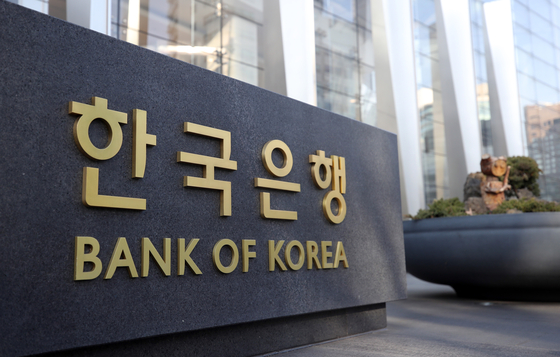 The Bank of Korea building [YONHAP]


Bank of Korea statistics suggests a recession coming in 2020, the first since 2003.

It said Tuesday that growth will be negative in the second quarter following negative growth in the first quarter. While no one at the bank used the word recession, two consecutive quarters of negative growth define a recession.

The last time the country reported two consecutive quarters of negative growth was in the first and second quarters of 2003.

The central bank on Tuesday said the country’s real gross domestic product (GDP) contracted by 1.3 percent in the first quarter compared to the previous quarter, slightly revising its previous estimate of negative 1.4 percent released in April.

Exports fell by 1.4 percent on-quarter, with sales of cars and machinery to overseas markets experiencing a slump while semiconductor exports increased.

Private consumption contributed the most to the contraction, recording a negative 6.5 percent growth quarter-on-quarter. It is the biggest drop since the first quarter of 1998. Government spending rose by 1.4 percent.

The bank forecast the second quarter to be even more dismal.

Although private consumption will improve as restrictions ease and emergency disaster funds are disbursed, uncertain exports due to the intensifying conflict between the United States and China will act as a drag on growth.

The government has already approved two supplementary budgets worth 24 trillion won, with the third one coming soon, which is expected to be more than 30 trillion won.

“The effect of first and second stimulus package including the emergency disaster fund will as well as the conflict between the U.S. and China have to be monitored,” said Park Yang-su, head of economics statistics department at the bank during a briefing Tuesday.

“The growth rate for the second quarter is expected to be around low to mid minus 2 percent,” Park said.