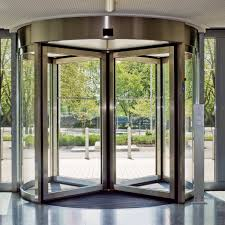 BY CHANG HYE-SOO
The author is the head of the sports team at the JoongAng Ilbo.


In December 1881, H. Bockhacker was granted a patent for “Tür ohne Luftzug” or “Door without draft of air.” It was the first patent related to a revolving door. Patents for similar concepts followed. The most famous was for a “Storm-Door Structure” by Theophilus Van Kannel in the United States. The revolving door has three partitions that “effectively prevent the entrance of wind, snow, rain or dust” and “cannot be blown open by the wind.

As one can go around and get in and out using the revolving door, the term is used to refer to how the regulators in the government and the regulators in private industries switch positions. The driving force in the movement is the preferred treatment for former officials. The worst case is for a public official to move to a related private sector and then return to government.

In a farewell speech given in January 1961, U.S. President Dwight Eisenhower said, “This conjunction of an immense military establishment and a large arms industry is new in the American experience … In the councils of government, we must guard against the acquisition of unwarranted influence, whether sought or unsought, by the military-industrial complex […] We must never let the weight of this combination endanger our liberties or democratic processes.”

It was a warning on how a retired general became an official in the defense ministry, then moved to a military-industrial complex to create a relationship of interest among the military, government and arms industry. This led to the legislation of the lobbying act for federal employees.
The Blue House personnel appointment is labeled “revolving door,” as former official Tak Hyun-min returned as a secretary. Blue House spokesman Kang Min-seok explained that Tak will further enhance Korea’s reputation that has been elevated for its successful Covid-19 response.
Revolving door appointments are not limited to the current administration. The officials in the current administration had criticized the revolving door appointments in past administrations. This seems to be going around like a revolving door.