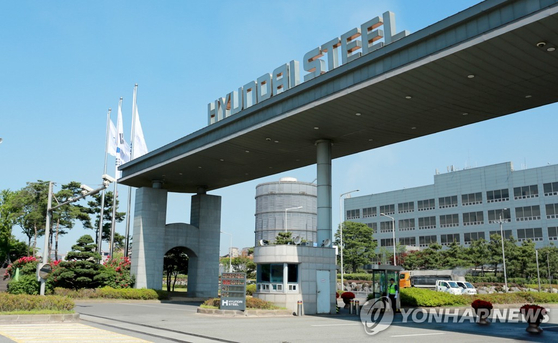 Hyundai Steel shut down an electric arc furnace plant in Dangjin, South Chungcheong, on Monday due to a decrease in demand and the plant’s low profitability, the steelmaker confirmed Wednesday.


Hyundai Steel, Korea's second largest steelmaker after Posco, announced it decided to temporarily shut down the plant for a month as demand for hot rolled steel fell. The drop in demand started before the coronavirus outbreak, the company said.

“We decided to temporarily shut down the plant because of its low profitability due to expensive raw materials,” said Yoo Hyeon-gi, a spokesperson for Hyundai Steel. “Hot rolled steel can also be produced at shaft furnaces.”


It is the first time for the plant to halt operation in 15 years since 2005.

“Considering the annual production size of steel in Korea, Hyundai Steel’s decision to shut down the electric arc furnace plant in Dangjin isn’t a major concern,” said an industry insider who wished to remain anonymous.

Shutting down a shaft furnace is a much more costly decision, primarily because refractories need to be replaced. But closing an electric arc furnace isn't as disruptive. It can be simply turned back on when the demand rises.

Due to the relatively simple operation process, electric arc furnace plants can adapt to meet steel demand. “But the elasticity in production has become unnecessary due to the drop in demand,” said Yoo.

Hyundai Steel will decide whether to completely shut down the electric arc furnace following management-labor negotiations.

Steel production in the first quarter was hit hard by the coronavirus outbreak. The gloomy outlook could last throughout the third quarter.

“Prices of steel products in China have recovered in April and May, but the off season for steel starting in June on top of an increase in fixed costs due to the on-year drop in production and sales volume could impose a burden on steelmakers throughout the third quarter,” wrote analyst Lee Hyun-soo from Yuanta Securities.

Posco halts operations at Pohang plant due to flooding from typhoon