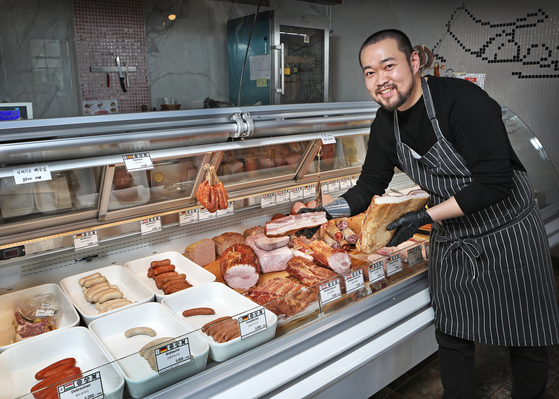 
One of the latest trends to sweep Korea is the addition of platter of charcuterie to a wine night, whether out on the time with friends or at home with family.

Charcuterie was almost unheard of a few years ago but now a variety of stores offering prepared meat products, such as bacon, ham, sausage, and terrines have popped up all across Seoul, one of which is Xesc Menzl in Seongsu-dong, eastern Seoul, run by chef Kim Jung-hyun.

Kim, who began his career as many other young chefs who desire to be part of a kitchen at an established restaurant, had his own epiphany while working in his dream job. Being up and close with the executive chefs directing the team and watching them exercise their skills to bring sense to dishes made him realize that it was not the path for him.

Kim decided to choose the path less traveled and turned all his attention to making charcuterie.

“I thought making [processed meat products] was very honest work because the result almost all the time clearly shows how much effort and passion I had put in, while cooking and leading the kitchen required something more than just your cooking skills,” said the chef, who started his overseas experience in his early 20s in Spain as an intern, before moving to Italy, Austria and other countries in Europe to work and travel.

“I just became so mesmerized with meat making and felt like I wanted to learn every detail and do everything and even more.” 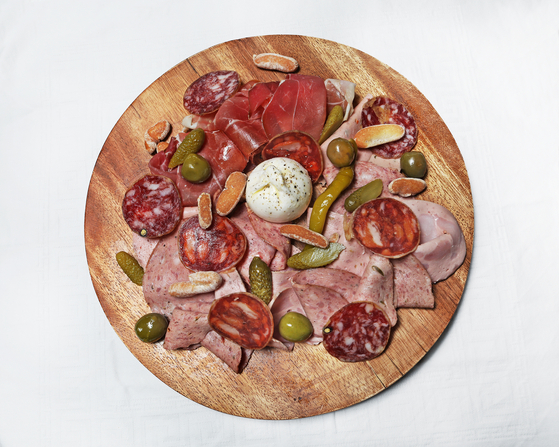 
To many Koreans, sausages and other types of processed meats are something made using low quality meat made from large factories' left overs.

This mindset led only a limited number of experts in Korea to develop a passion and the skills for making sausages and dried meat products. Those who followed their passion are now seeing the market in Korea grow and more high quality products becoming readily available.

Kim recalls as recently as five years ago that it was mostly expats or foreign travelers alongside a small number of Koreans who had lived overseas that enjoyed charcuterie products in Korea.

He previously worked at Chef Miley in Itaewon, central Seoul, where he also got the chance to see the inner workings of the business before he opened Xesc Menzl last year. 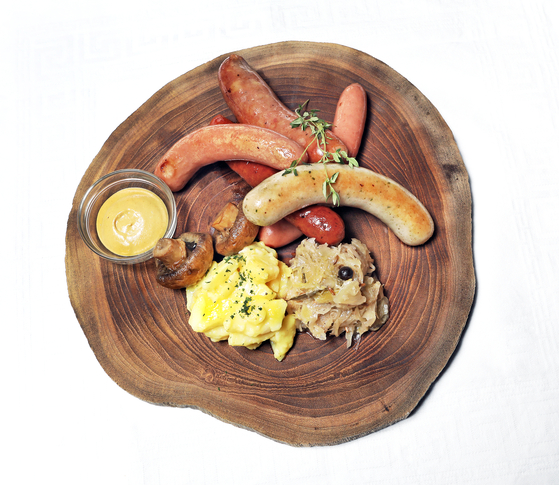 A plate of grilled sausages at Xesc Menzl. [PARK SANG-MOON]


To show how his products vary from processed meat products easily found on the shelves of local supermarkets, he only makes items that he has had personal experience with while overseas.

He rented a car to travel across Italy and Spain for months and stop along the way to try all kinds of hams from each region, before making his way back to Austria to meet a chef he used to work with.

While on his travels he went to farms, butchers, as well as restaurants and shops to check what new trends were popular and how he could adjust the products to make a version back in Korea. He of course tastes the products but also visits local butchers and even checks out the animals themselves to fully understand the process.

“Being in the origin of certain products is really important and that’s something I can do differently compared to any other stores in Korea,” said the chef, adding that the inspiration he gets from the origin of these products cannot be explained in words.

The name of his store comes from the names of the two people who gave him the most direction and information in Europe, Xesc Reina from Spain and Rudolf Menzl from Austria.

But he's not content to just recreate certain dishes, instead he uses them as a basis to expand on, an example of which is his Thai-style sausage to pair with curry dishes. 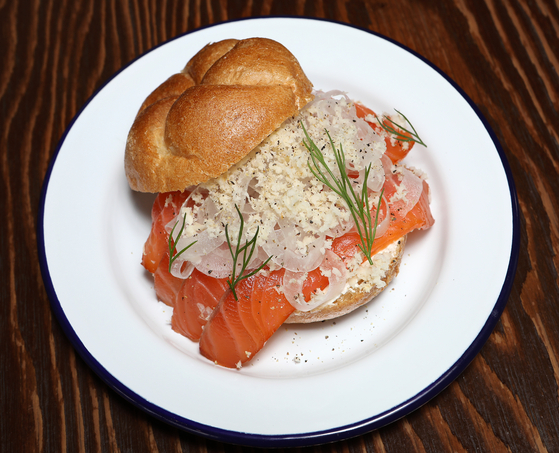 
Kim provides his products to many other local hotels, bars and cafes to provide to make them more widely available.

He also encourages people to think outside the confines of a board when enjoying his products and says they can also be enjoyed in sandwiches and a variety of other dishes. Kim even made gift boxes that were on sale for the two major holidays in Korea, Seollal and Chuseok. The boxes were also available for Christmas.

Ultimately, his goal is meat-centered and he aims to emulate the butchers commonly found in Europe.

Small butcher shops have largely disappeared in Korea and have been replaced by large supermarket chains.

Kim dreams of making a place where customers come to get their meat to grill, patties to make burgers with, sausages to put in hot dog buns and cold cuts and dried meat to enjoy with a glass of wine.

If you'd rather enjoy your wine and meats at Xecs Menzl, just bring your own bottle along as there is no corkage fee for wine.