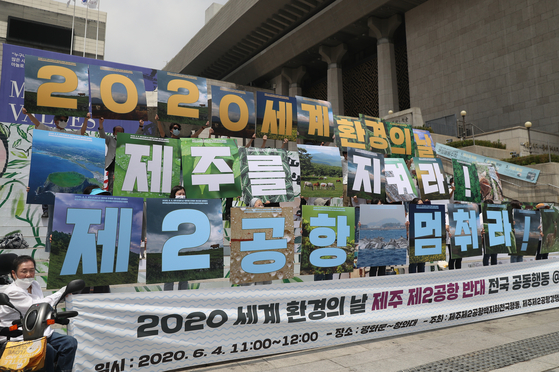 Activists hold pickets that say ’‘2020 World Environment Month,’ ‘Save Jeju Island’ and ‘National Joint Action Against Constructing A Second Airport on Jeju Island’“ at a press conference held in front of the Sejong Center for the Performing Arts on Thursday. Civic groups and environmental activists are urging the government to completely scrap a plan to build a second international airport on Jeju Island due to concerns about the environmental impact. The conflict dates back to when the Ministry of Land, Infrastructure and Transport first announced the plan to build the airport in 2015. [YONHAP]