Prosecutors on Thursday requested a warrant to detain Samsung’s de facto leader, Lee Jae-yong, in connection with an ongoing criminal investigation of a controversial 2015 merger that cemented his control over the group. 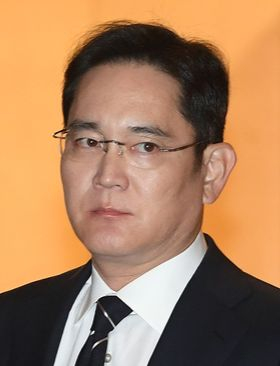 
The three are suspected of violating the Capital Market Act and the Act on External Audit of Stock Companies during the 2015 merger of Samsung C&T and Cheil Industries, along with a case of suspected accounting fraud at Cheil affiliate Samsung BioLogics, according to the prosecution.

Lee, Choi and Kim are scheduled to attend a court hearing on Monday.

The prosecution’s move came just two days after Lee and other Samsung executives requested an outside review of the investigation and possible indictments. On Tuesday, they submitted an application to the prosecution to have an Investigation Review Panel of experts examine their case, based on a system introduced in 2018 as a prosecutorial reform measure.

Observers have speculated that Lee was trying to buy time, as the prosecutors are not allowed to seek a warrant or make an indictment until the review panel makes a decision on the legitimacy of the probe.

The Seoul Central District Prosecutors’ Office said Thursday that the process is ongoing to convene the review panel as requested by Lee, but gave no definite timetable. A committee tasked with reviewing Lee's application has yet to decide whether to convene the panel.

Lee was questioned by the prosecutors twice last week, as they investigate allegations that a series of legal violations were committed in order to help him take control of the conglomerate from his father, Lee Kun-hee, who has been hospitalized since 2014 after a heart attack.

Sources informed about the questionings said Lee denied any involvement in the suspected crimes. Lee has not commented publicly on the investigation.

Prosecutors opened their investigation after the Securities and Futures Commission in November 2018 informed them about suspected accounting fraud at Samsung BioLogics. Since last September, the probe has expanded into alleged irregularities that helped Lee assume control. Prosecutors are looking into whether crimes were committed in the process, and if so, who planned, ordered and implemented them.

In addition to the alleged violations of the Capital Market Act and the Act on External Audit of Stock Companies, the prosecution also suspects Kim of committing perjury in a separate, but related trial.

During former President Park Geun-hye's 2017 trial for allegedly receiving of bribes from Samsung’s Lee, Kim testified as a witness that the merger was proposed by Cheil and it had nothing to do with a generational ownership shift in the group.

The prosecutors have said Park influenced the state-run National Pension Service to support the controversial merger, and that her confidante Choi Soon-sil and her daughter were financially compensated in return. The pension service, Korea’s largest institutional investor, was the largest shareholder of Samsung C&T at the time.

Lee was convicted and jailed for indirectly bribing Park, through Choi. But he was released by the Seoul High Court in 2018, and the Supreme Court ordered a retrial in 2019. The retrial is ongoing.

Lee Bok-hyun of the Seoul Central District Prosecutors’ Office, the chief prosecutor in charge of the current investigation into Lee and his aides, was a member of the independent counsel team in late 2016 that prosecuted Park, Lee and other tycoons.