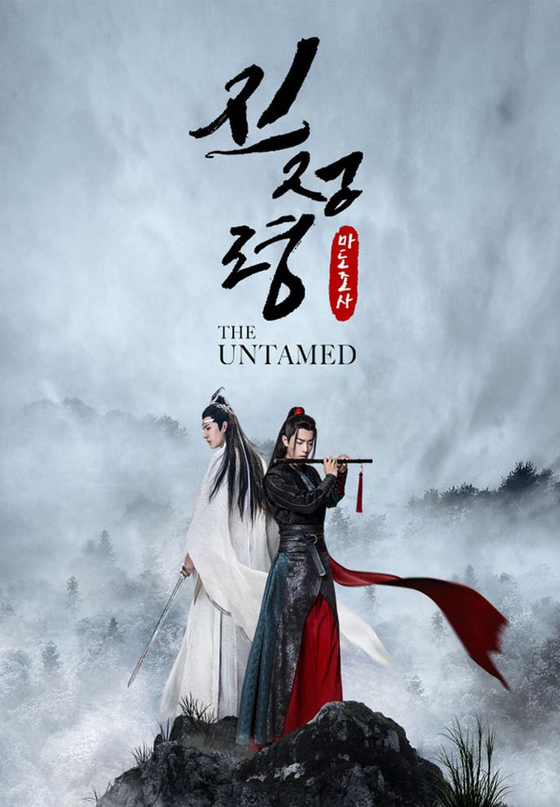 Korean streaming media platforms Wavve and Watcha Play are attracting fans of Asian programming by offering Chinese dramas and Japanese animation. Their strategy is to focus on categories neglected by other players, especially Netflix.


Among major over-the-top (OTT) media platforms in Korea, Wavve and Watcha Play have the largest number of Asian programs. In the case of Chinese dramas, Wavve has the most, at 270 series, followed by Watcha Play, with 212. The industry estimates that Tving has 70. Netflix did not disclose the exact figure, but only about 40 Chinese are listed when Chinese series are searched. The industry estimates that Netflix has 130 Chinese and Japanese dramas in total.

A 29-year-old office worker surnamed Yeo became a Chinese drama fan after watching "My Fair Princess” when she was in elementary school. The video streaming platforms that she uses the most are Wavve, Watcha Play, and Tving. "The colorful costumes, backgrounds and rapid story development make Chinese dramas stands out compared to Korean dramas," Yeo said.

"I was watching it on a Chinese TV channel, but when I heard that Wavve is exclusively providing the video-on-demand for 'The Untamed,' I subscribed to Wavve right away," Jeong said. "Most of the 'The Untamed' fans from teenagers to 40s watch Wavve."

Based on watching time, “The Untamed” topped the weekly Wavve Asian Drama Chart for 12 weeks from February to May. 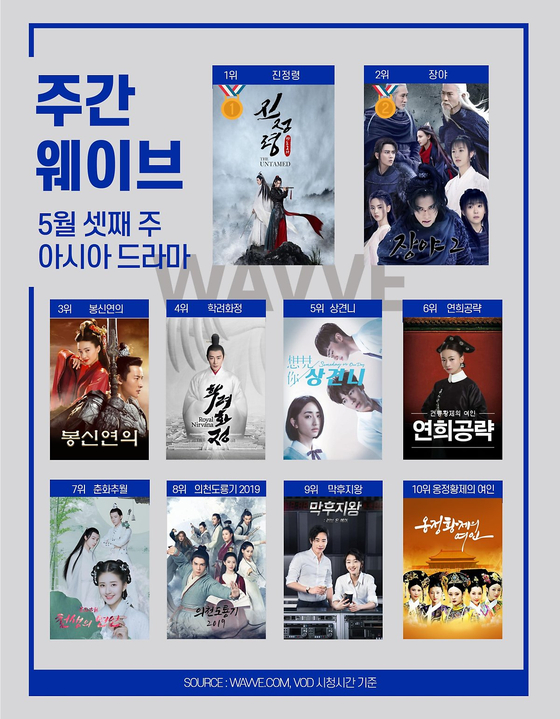 
In the Wuxia Chinese Drama Naver Cafe, a Naver online community with more than 110,000 members, it is easy to find conversations such as "Wavve has the most variety of Chinese dramas" and "Netflix doesn't offer many Chinese Dramas, so I'm thinking about changing."

"We’ve continuously worked with Asian content importers such as AsiaN, KTH, and Channel China,” said a Wavve official. “That’s how we have such a variety in our Chinese drama lineup. Chinese dramas usually have 50 to 100 episodes per series, so they allow viewers to be subscribed for a longer period compared to other content.”

"More than 70 percent of the content enjoyed by Watcha Play users is based on our content recommendations using big data and AI-based machine learning," a Watcha Play official said. “We are working to improve our algorithm in recommending the user’s best movies and TV shows.”

The content industry is interested in how much Wavve and Watcha Play's strategy can affect Netflix's streaming dominance. Netflix, which boasts powerful original series such as "Kingdom," is growing rapidly every year. According to Wise App, about 3 million Korean Netflix users paid 43.9 billion won ($36.3 million) for Netflix subscriptions last April, a record. Against this dominant global media platform, domestic streaming providers, which lack competitiveness in original material and technology to recommend content, are trying to capture users with Chinese content with a solid fan base.

"Netflix is not in China, so there is not much incentive to secure Chinese contents. Wavve and Watcha Play have taken a strategy to target this area,” Han Sang-woong, a researcher at Eugene Investment & Securities, said.

Watcha may be in play as streaming consolidation advances