Kim has rejoined her former Korean club Heungkuk Life Pink Spiders, the V-League team announced Saturday. She has signed a one-year deal for a salary of 350 million won ($290,000).

Kim, widely regarded as Korea's greatest volleyball player ever, made her professional debut with the Pink Spiders in 2005 and played four seasons with them. She then embarked on an international career that took her to Japan, Turkey, China and then back to Turkey over the next 11 years. 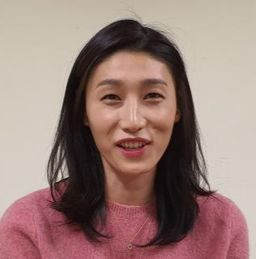 
After her two-year deal with the Turkish club Eczacibasi VitrA expired in May, the 32-year-old outside hitter had been eyeing a reunion with the Pink Spiders, especially given the uncertainty in overseas leagues during the coronavirus pandemic.

Kim hadn't yet earned her free agent eligibility when she left the V-League in 2009 for JT Marvelous in Japan, and the Pink Spiders had placed her on the "voluntarily retired" list and sent her to Japan on a loan deal.

The last administrative step remaining for the Pink Spiders is to ask the Korean Volleyball Federation (KOVO) to activate Kim from the list.

Kim is joining an already stacked team that features two-time league MVP Lee Jae-yeong and her twin sister and the 2020 MVP runner-up of KOVO.

Those three, plus the returning Argentine attacker Lucia Fresco, should make the Pink Spiders the title favorite for the 2020-2021 season.

Kim has reportedly been one of the world's highest-paid volleyball players in recent seasons, and she may have been making more than the V-League salary cap of 2.3 billion won.

Kim made an earth-shattering V-League debut in 2005, capturing the regular season MVP, finals MVP, Rookie of the Year and the Best Scorer trophies. During her four seasons here, the Pink Spiders won three championships.

JT Marvelous finished runner-up in their league in Kim's first year there and then earned the franchise's first championship the following season in 2010-2011, with Kim winning the regular season MVP honor.

Kim then took her talent to Turkey, joining Fenerbahce for a memorable run that featured two league championships, one Turkish Super Cup, one European Champions League crown and one Champion League MVP award.

She spent the 2017-2018 season with Shanghai Guohua Life in the Chinese Super League, and made that one season count by being named the Best Foreign Player and leading the team to second place in the league.

Kim rounded out her overseas career with two seasons at Eczacibasi. The team won back-to-back Turkish Super Cups in 2018 and 2019.

Internationally, Kim's shining moment came at the 2012 London Olympics, where she carried the underwhelming Korean team on her back to the semifinals. Though Korea settled for fourth place, Kim was named the MVP of the Olympics. She became just the third player to be named an Olympic MVP without winning a medal.

Kim also helped Korea win the Asian qualifying tournament for the Tokyo Olympics in January this year, while playing through an abdominal injury that sidelined her for weeks afterward.