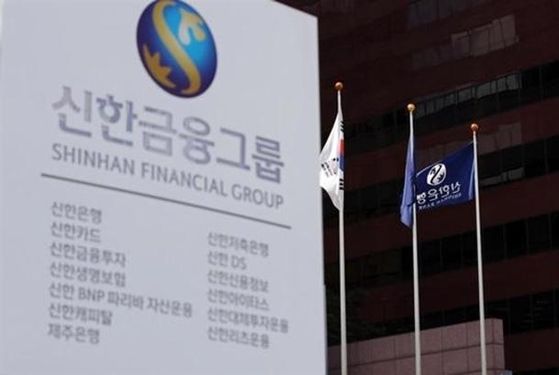 Korea's New Deal plan is a state-directed campaign that aims to reshape the economy in the aftermath of the coronavirus outbreak by expanding employment and promoting digital industries.

The nation’s No. 1 financier by net profit on Monday released its revamped “N.E.O Project” business plan.

In a statement, the company said that N.E.O stands for New Economic growth supporting Operations and will involve the development of new growth engines in the post-coronavirus era.

The financier said it will expand its financial support for cutting edge businesses, including those related to data and digital infrastructure, which have become an area of great interest as contact-less activities have grown.

Shinhan said it would commit a total of 85 trillion won ($70.6 billion) to the qualified businesses over the next five years, which is 20 trillion won more than originally budgeted.

Expanding loans or making direct and indirect investment in small and mid-sized enterprises or startups that specialize in technology related to contactless business and activities are some possibilities, according to Shinhan.

Using its accumulated financial data, Shinhan said it will also take a leading role in setting up infrastructure for data-based financial activities, such as evaluating credit ratings. It also pledged to convert its key transactions business to digital platforms, ranging from foreign currency exchange to company loans.

Through its Shinhan Future’s Lab startup accelerator program, the financier said it would invest 110 billion won into digital startups through 2023.

A total of 6,700 new employees will be hired at Shinhan over the next five years, 50 percent of which will be those related to digital and communications technologies. Shinhan said it would prioritize businesses that are seen generating more employment when making loans or investment of funds in order to help the job market.

"The N.E.O. Project is not only to cope with the ongoing Covid-19 but to take an upper hand in the future after the pandemic is over," the company said.