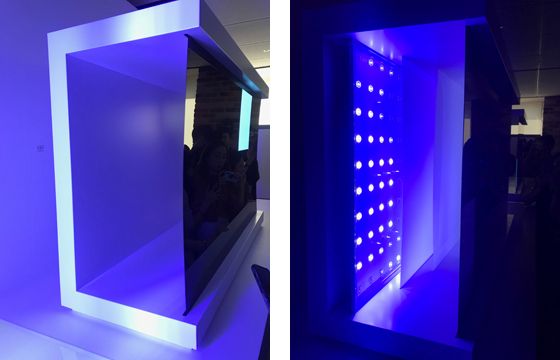 
The latest disagreement between Samsung Electronics and LG Electronics — this fight over premium TVs — has reached a tentative conclusion after the two companies told the Fair Trade Commission (FTC) to stop its investigations.


The FTC said Friday that it will stop all relevant investigations as both parties have agreed, ending concerns that customers have been misled.

In an uncharacteristic move for the long-term rivals, Samsung and LG both told the FTC that they would put an end to the smear campaign and focus on improving the quality of their own products.

But in a press conference in September last year, LG called out Samsung's QLED display, saying it isn't really QLED.


Among engineers and tech experts, a “true” QLED panel has quantum dots emitting light on their own without a backlight, LG claims, but Samsung is nonetheless using the term to sell a product which structurally is essentially an LCD TV with a quantum-dot film. Samsung's TVs do have a backlight.

LG later reported Samsung to the FTC for misleading consumers in using the “QLED” brand name despite the product not being a true QLED TV.

According to a statement Friday, the FTC concluded that QLED TVs — like those produced by Samsung — can be considered to have self-emitting displays. The watchdog pointed out that Samsung's QLED label is so commonly used internationally that it has been allowed to be used as a noun in its own right by foreign advertisement boards.

While the fight ended in a truce, LG didn't walk away empty-handed. The FTC ruled that Samsung must make it clear that their QLED TVs have a backlight in their advertisements.

“After our complaint to the FTC, Samsung was mandated to emphasize their ‘QLED TVs’ are essentially LCD TVs with a quantum-dot film. Despite having to retract our charges against them, we eventually got what we wanted,” said an official from LG.

It wasn’t a complete loss for Samsung either, since the FTC’s announcement provided grounds for Samsung’s QLED TVs to be largely accepted as self-emitting light TVs.

“We were able to ease concerns of Samsung misleading consumers, as the company will not have to clearly state in its various advertisement that its QLED TVs use a backlight,” said Gu Seong-rim, a manager at the consumer safety and information division at the FTC.

“Samsung and LG said they will focus more on providing accurate information to consumers and improving the quality of their products.”