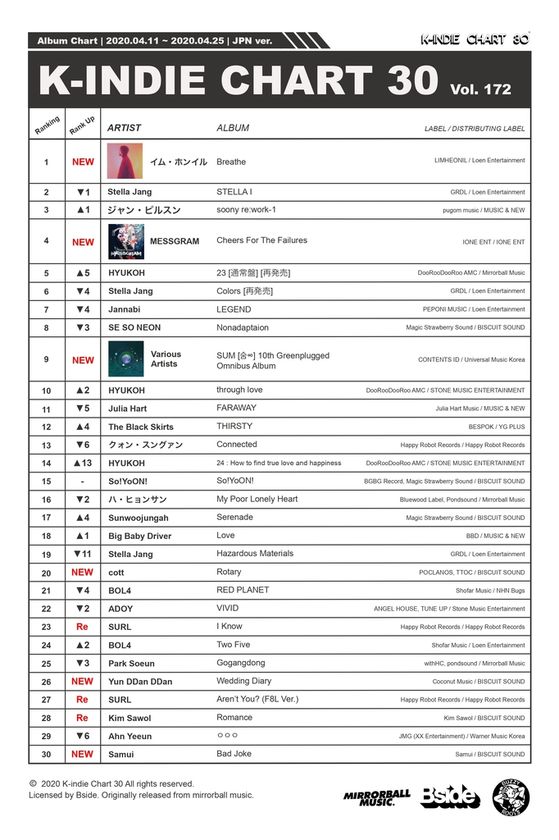 K-Indie Chart, Korea's one and only indie music chart, was launched in the Japanese music market for the first time, said the chart's operator and music distributor Mirrorball Music on Monday.

Mirrorball signed a deal with Bside, a Korean music label that has a Japanese branch and has been actively promoting Korean indie music in Japan. Together, the two will officially kick-start a Japanese version of the K-Indie Chart.

Bside has been promoting Korean indie singers by producing Japanese LP's for them, including The Black Skirts, Se So Neon, Adoy and Surl.

"We want to introduce musicians of diverse genres including indie in Japan, not just K-pop," said Kim Seon-hee, president of Bside.

K-Indie Chart gathers its statistics from Korea's music sales trackers including Aladin, Yes24 and Interpark. It was founded in 2014.

Lee Chang-hee, president of Mirrorball Music, said, "We congratulate the Japanese launch of K-Indie Chart and hope that the musical transactions between the two countries will increase due to this move."