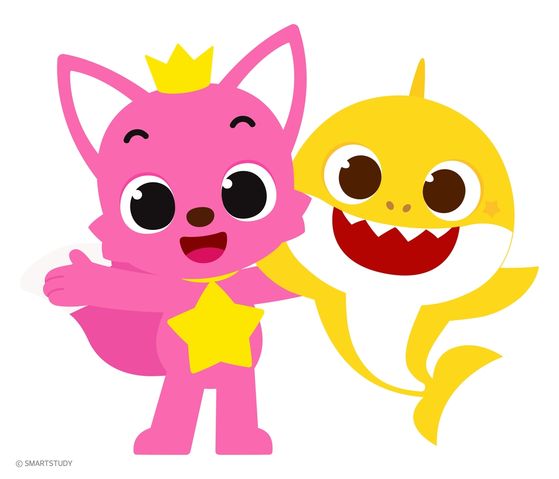 The two animated characters of local educational start-up company SmartStudy, Pinkfong and Baby Shark, were appointed by the Seoul Metropolitan Government as honorary ambassadors for the city. [SMARTSTUDY]


According to the city government, the appointment ceremony was held on Monday afternoon at City Hall, central Seoul. The characters received a plaque of appreciation from Seoul Mayor Park Won-soon before officially commencing their ambassador duties. It is the first time the city government has selected animated characters to promote the city.

The first mission as honorary ambassadors for Baby Shark and Pinkfong will be to change the lyrics of the original “Baby Shark Dance” to create a new song titled “Thank You Very Much” (literal translation) and video content for citizens who abide by the government's preventive measures against the coronavirus.

The government will release the song and video via their official social media accounts and Pinkfong's YouTube channel.

Moreover, the duo is to participate in various promotional activities related to policies on children.

“We’re so happy to promote Seoul with our characters Baby Shark and Pinkfong whose global popularity transcends cultural and language barriers,” Park said in an official statement. “We hope that [they] can help us introduce various children-related policies that can benefit our citizens’ lives.”

Last March, the English version of “Baby Shark Dance” became the second most-viewed YouTube video in the world after recording over 4.6 billion views. First place is taken by the singer Luis Fonsi’s music video “Despacito" with over 6.6 billion views.