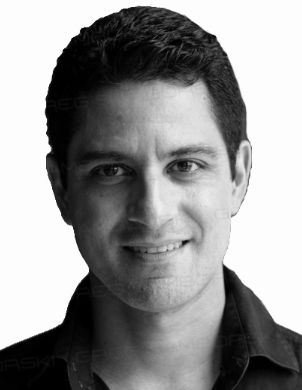 Helder Ferreira do Vale
The author is a professor at Hankuk University’s Graduate School of International and Area Studies (GSIAS).

Several Latin American countries have been in turmoil during recent months. The combined crises of the novel coronavirus pandemic together with mounting widespread discontent with unequal economic growth are leading Latin America to the brink of a socioeconomic collapse. As Latin America becomes the new epicenter of the Covid-19 global pandemic, the continent’s long-standing problems are becoming more evident than ever.

The novel coronavirus pandemic presents a new moment in the long and persistent history of inequality throughout Latin America. Governments in the region are showing themselves incapable of stopping the inevitable increase in poverty and inequality resulting from the global health crisis.
The pandemic is now hitting Latin America hard with close to 1.2 million confirmed cases and more than 60,000 deaths across the region (as of June 6). Brazil is the tragic regional front-runner with approximately 50 percent of infections. Peru comes next with 15 percent of the total cases, and then Chile with around 10 percent of cases in Latin America.

Chile, one of the richest countries in the region and often looked up to as a symbol of liberal economic success in Latin America, is emerging as a hot-spot of increasing social unrest in the grips of the pandemic. After large numbers of protesters took the streets of Chile in 2019 demanding economic and political changes, in recent weeks Chileans have returned to the streets in spite of social distancing measures to prevent the spread of the coronavirus. If the current protests reach a level similar to those of last year, in which three months of social convulsion left 29 dead and approximately 3,000 injured from the crackdowns of security forces, Chile might be in for some serious trouble.

In this unprecedented context, Chile lays bare the fragilities of a country that has remained incapable of fairly distributing wealth and building an egalitarian society after years of building up a stable democracy. With the end of the brutal dictatorship of Augusto Pinochet (1973-1990), the level of human development systematically improved over the past three decades with a surge of social spending, especially in health and education. Yet the refrains of inequality heard throughout Chile’s history continue to reverberate loudly today.

Inequality, the crux of Latin America’s ailments, has deep roots in Chile. For many years Chile has had one of the highest levels of income inequality in the Americas, and the highest level of inequality among Organisation for Economic Cooperation and Development (OECD) countries. During most of the 2000s, the richest 20 percent of Chileans earned 10 times more than the poorest 20 percent as revealed by OECD Data. Although this income distribution has improved slightly in the past couple years, the improvement has been far too modest to ease the growing social tensions in an otherwise economically prosperous country.

Chile’s high inequality is structural. It has been decades in the making thanks to a tax system that heavily taxes consumption and provides preferential treatment to high personal income and corporate profits. In 2014 and 2019, tax reforms have made the system somewhat more redistributive, but not enough to close Chile’s large income gap.

The other crippled aspect of income distribution in Chile is its welfare system, which is falling well short in protecting the most vulnerable. A more comprehensive social assistance package would be needed in a country whose labor market has become increasingly precarious since the 1990s and where the informal economy provides approximately 30 percent of all jobs in Chile (ECLAC database).

Building a more egalitarian society in Chile and the rest of Latin America has been a tale of more failures than successes. Despite economic progress in Latin America from 2003 to 2008 when GDP of countries in the region grew annually at an average rate of 6 percent, political elites across the political spectrum have been unable to dismantle deeply rooted structural inequality. In the current environment, the novel coronavirus is pushing millions into poverty throughout Latin America even while the continent is still battling old socioeconomic problems without much hope of overcoming them.

A post-pandemic Latin America will be a more impoverished region with unpopular governments incapable of responding to the increasing desperation of its poor. This is precisely the kind of broader context in which Latin American democracies of the past broke down.