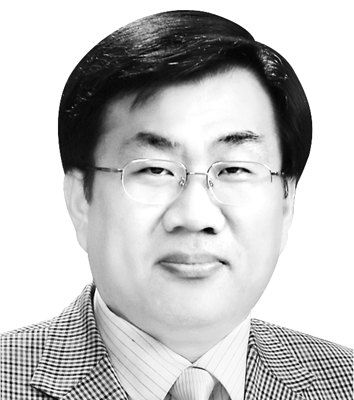 Joo Han-gyu
The author is a professor of nuclear engineering at the Seoul National University.


The outcome of a poll, conducted by Gallup Korea at the request of Seoul National University’s Nuclear Energy Policy Center, was recently released. Two questions were added on a routine political survey by the polling company of 1,000 men and women nationwide.

According to the results of the poll, 66 percent support nuclear energy, while 21 percent oppose it. The number of supporters was 3.2 times higher than opponents. Asked about whether to maintain the current level of nuclear energy or expand the share, 582 agreed, while 280 disagreed.

In the same poll, President Moon Jae-in’s approval rating was 65 percent. The ruling Democratic Party (DP) was supported by 44 percent, while the main opposition United Future Party (UFP) was backed by 19 percent. The outcomes were in line with the overwhelming victory of the DP in the April 15 general elections.

It is noteworthy that nuclear energy was highly supported in this sample group. The outcome is against the general election outcomes in which the UFP vowed to shelve the Moon administration’s nuclear phase-out policy as its key campaign pledge.

After the liberal administration launched its nuclear phase-out policy in 2017, surveys were routinely conducted by the Korean Nuclear Society — every three months from August 2018 through May 2019. The polls were commissioned to different polling companies using the same questions.
Gallup Korea conducted two of the four surveys. The four surveys consistently showed that seven out of 10 respondents support nuclear energy. It is very important to note that the confirmed public support for nuclear energy remained unchanged in recent times, even after the landslide victory of the DP in the election. It was clear that the public sentiment toward politicians expressed in the general election is drastically different from the public sentiment about the use of nuclear energy.

In particular, 63 percent of the self-identified liberals said they support the use of nuclear energy, while 28 percent said they don’t. That means the public opinion on nuclear energy is not dominated by ideology.

In other words, the support for nuclear energy is destined to be high, because it is realistically the most efficient power generation method to resolve economic problems such as utility price increases and environmental problems, including fine dust and greenhouse gas emissions.

Last year, 26 percent of our electricity was produced with nuclear reactors. When asked what we should do about that share. 16 percent of the respondents said it should be reduced a little, while 12 percent said it should be cut greatly. Among the 16 percent, some probably agreed that they support the use of nuclear energy, but our reliance on the energy source should be reduced. That means only 12 percent agrees with the Moon administration’s policy of reducing the nuclear energy share to zero over the long haul.

Many industrial, economic and environmental side effects emerged after the government relentlessly pressed ahead with the nuclear phase-out policy. As a result, the public became more supportive of nuclear energy, the cheapest and cleanest energy of all. The latest poll outcome shows this irony.

During a recent meeting with President Moon and his ruling party counterpart at the Blue House, the new floor leader of the main opposition party maintained that construction must resume at Shin Hanul nuclear reactors 3 and 4. But the president stressed that there would be no need to build more nuclear plants as the country has enough electricity now.

A nuclear plant, even if the construction starts now, starts to produce power six to seven years later. We may have enough electricity for now, but that does not mean we will continue to have a surplus after seven years. The government’s ninth blue print for electricity supply suggests a drastic increase in liquefied natural gas power plants in the future. (LNG power plants are not only a major culprit to air pollution but pose a serious disadvantage in terms of electricity price and energy security.)

In order to maintain clean air and effectively counter climate change, we must continue using nuclear energy along with renewable energy to help fill the inevitable energy void from reductions in coal power plants. The government and the ruling party must seriously take into account the public sentiment supporting the use of nuclear energy and change the direction of its energy policy before it is too late.