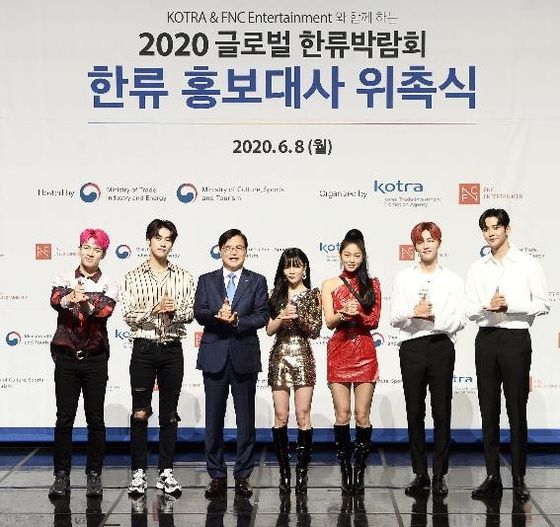 The three groups will be putting forward special video messages for the world battling Covid-19 outbreaks as well as on how Hallyu (Korean Wave) can still be enjoyed in the midst of the pandemic.

Korea Brand & Entertainment Expo is an event that brings together K-pop groups and their fans, as well as experts, businesses, K-drama, fashion and beauty. Since 2010, it has been held annually in various cities around the world including Sao Paolo, Brazil, Paris, London and Dubai.

This year the event will be hosted online. The cultural ambassadors will launch the program with an online concert, to be aired from 6 p.m. on June 13 on the YouTube channels of Kotra and FNC Entertainment, which is co-hosting the program with Kotra this year.

The expo will continue through August and businesses and organizations will be able to meet online through video consultations.

Boy band SF9 to drop its digital single 'Savior' on Thursday at 6 p.m.