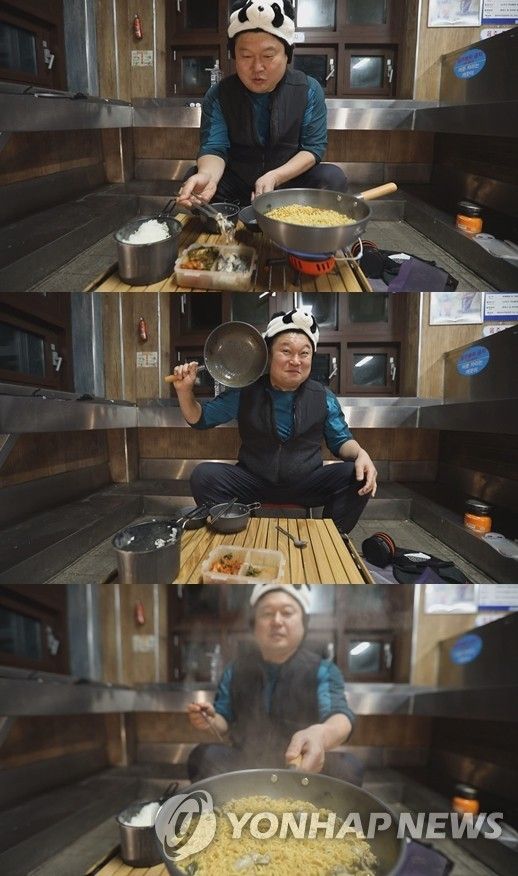 “On several episodes of ‘Ramyeonator,’ including one aired on Dec. 13, tvN and CJ Olive Networks used a majority of the show to have the entertainer make and eat ramyeon products while mentioning the specific brand names of the products, granting excessive and exclusive advertisement opportunities for the company that has been funding the program,” the commission said in its statement on Tuesday. “It feels almost as if the program was made to advertise the company’s ramyeon products.”

Companies can fund TV programs and have some of their products used during the show, but entertainers and M.C.s on the show are not allowed to go into specific details about the products to advertise them, according to the Broadcasting Act in Korea. Nongshim was a PPL partner, or embedded marketing partner, of the show.

“The way the products were advertised on the show surpassed what’s allowed for a PPL partner,” the commission said.

On “Ramyeonator,” Kang travels around Korea in search of special locations to make ramyeon using local ingredients of the region. In episodes where he made ramyeon on top of Mount Jiri or while camping in Gukhwa Island in Hwaseong, Gyeonggi, he used Ansungtangmyun of Nongshim. In other episodes, Kang repeatedly used Nongshim’s ramyeon products, like Neoguri or Chapagetti Chajang Noodle.

“In the case of the two TV networks, however, because they do not require an assessment procedure by the commission, it is simply a warning,” said a spokesperson of the commission.

News broadcasters, general-programming broadcasters and home shopping channels in Korea are required to undergo the yearly assessment by the commission.