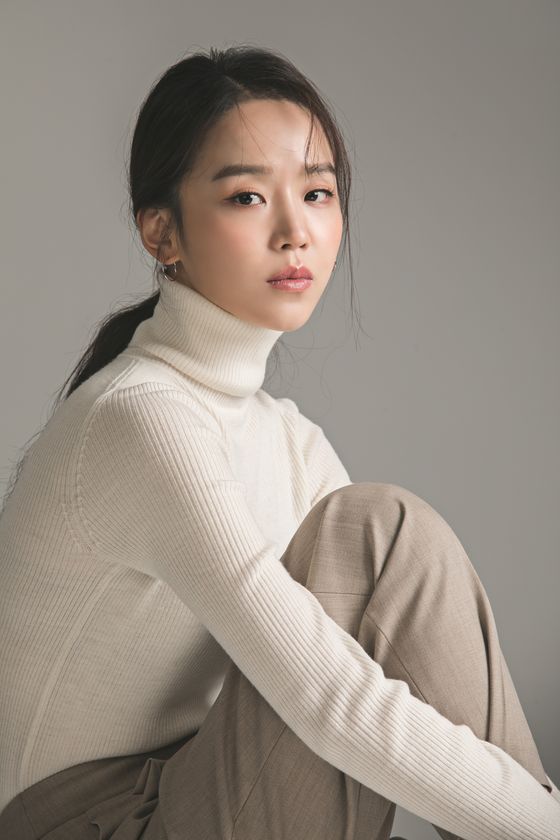 
It took her eight years, but Shin Hae-sun has finally landed a leading role.

After debuting in 2013 with the KBS drama series “School 2013,” “Innocence,” in which Shin stars, was released in theaters on Wednesday.

While it took a while, the actor was certainly using the time wisely.

Shin’s filmography is admirable and comes from hard work and dedication. She wasn’t an actor who gained immediate success from the outset and instead slowly built up her career in various small but influential roles.

When asked if she had any standards when it comes to choosing what roles to take on, the actor said that her choice is based purely on her interests.

“I don’t know, I still am too much of a rookie to be choosing roles [through] comparing the literary value of the content,” Shin said in a recent interview at a cafe in Samcheong-dong, central Seoul. “It’s really just about the characters. There are characters that just spark my interest and drive me to pursue that role passionately. That’s how I make my choice.”

In "Innocence," Shin takes on the role of Jung-in, an elite lawyer determined to prove her mother's innocence in a pesticide poisoning case in which she is the main suspect.

When it comes to the character of Jung-in, Shin says it was her father's influence that lead to her accepting the role.

“We usually don’t talk about work, but he’d read the script and said he’d liked me to see me in it,” Shin reminisced. “I think it’s because although its about the importance of proving her innocence [Jung-in’s mother], it’s also equally about family, and that’s what my father liked about this film.”

Jung-in, a successful lawyer who’s made it on her own, one day sees on the news that her mother, Hwa-ja (played by Bae Jong-ok), has become the number one suspect in a pesticide poisoning case. She decided to return to her hometown for the first time in years to prove her mother’s innocence.

Shin admits that Jung-in’s characteristics overlap with Eun-soo, another character — a rookie prosecutor — that she played in tvN drama series “Secret Forest” (2017).

“But Jung-in is more on edge,” Shin said. “It’s true that director Park Sang-hyun thought of me for Jung-in after he watched ‘Secret Forest,’ but Jung-in has been through the mill [compared to Eun-soo]. She grew up in this poor, rural town and she’s really smart. She grew up being abused by her father and her mother wasn’t able to protect her. She ran out of her home with practically nothing to go to college and managed to become a successful lawyer in Seoul. During the process, I could not fathom how much hurt she felt, how many tears she cried and how these wounds must have festered. She must have been very, very lonely and she would always have her guard up — in other people’s eyes she would be seen as this dogmatic, humorless, thorny person.”

Although the plot revolves around Jung-in trying to prove her mother's innocence, Shin believes there's a lot more to the story. 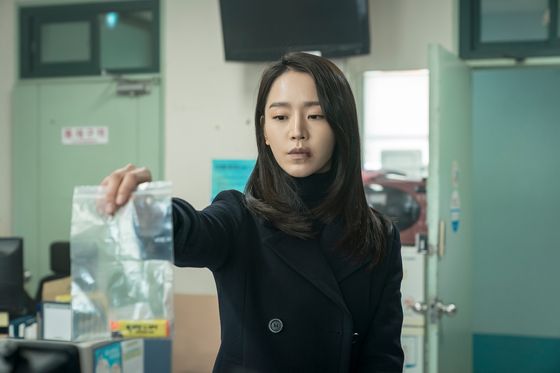 Actor Shin Hye-sun feature as an elite lawyer who is tasked with proving her mother's innocence in a pesticide poisoning case. [KIDARI ENTERTAINMENT]


“I mean, [for some people] it may be obvious from the start what the twist in the story is and who’s the culprit, but I think it’s more about the people — more essentially, about the relationship between mother and daughter, and Jung-in’s choice at the end,” Shin said. “When I first read the script, I thought that ultimately, what Jung-in did goes against her beliefs and thought that the people who deserve it should be punished.

“But how I came to terms with her decision was that, at least for her, she made it out of that abyss [her household] and came to live where there’s light. Her mother didn’t. Hwa-ja stayed in the dark for Jung-in, and when she came to know that, I think Jung-in wanted to offer her mother a glimpse of light. She may have been tormented by her choice, but as her mother sacrificed for her, Jung-in has done the same.”

To accurately portray the distance between Hwa-ja and Jung-in, Bae and Shin remained apart on the set to not hinder their acting.

“We couldn’t get to know each other on the set because that would get in the way of the acting,” Shin said. “We didn’t even talk, let alone have an eye contact. And Bae wouldn’t let me see her made-up [as an old, frail mother] until the very moment when we started shooting. I think that really helped, because the moment the camera started rolling and we met eyes, the actor Bae was erased and only Hwa-ja remained. It was truly an amazing experience for me.” 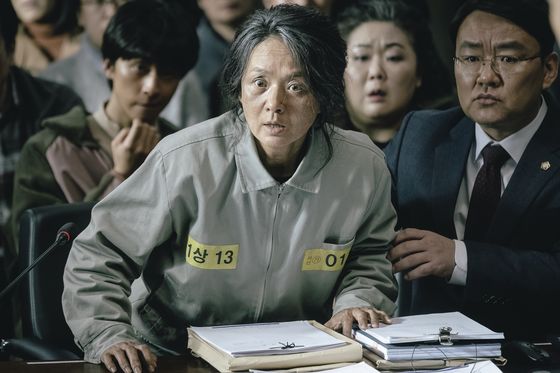 
Shin also talked about what it meant for her to feature in her first lead role in a commercial film as someone who’s dreamed of becoming an actor her whole life.

From that moment on, her dream never wavered, not even once. She graduated from the National High School of Traditional Korean Arts and Department of Film Art in Sejong University, driven by one purpose only — to become an actor.

“There is this building that I passed by a lot and I saw a film poster dominating almost the whole wall,” Shin said. “And it always made me feel jittery and happy at the same time. When I was young, I thought I would just be happy living my dream — being an actor. But now I see that I need to be responsible too, and it’s not a job where I can be successful if I remain idle or lazy. If I could go back to the past and tell my younger self that, I would.”