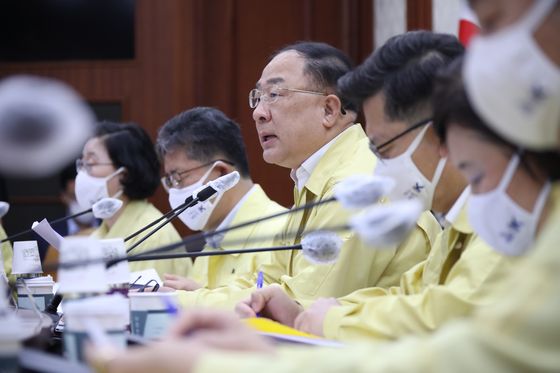 
At least 2 trillion won ($1.67 billion) of struggling company assets are to be purchased by a government-backed fund as the administration continues to support stressed balance sheets in corporate Korea.


Some chaebol will be included in the program.

The assets will be purchased by a special-purpose vehicle capitalized by state-owned Korea Asset Management Corporation (Kamco), pension funds and private equity funds.

An additional 50 billion won will be invested in the special-purpose vehicle using funds from a third supplementary budget proposed by the government last week.

Property, plant, equipment and other tangible assets will be included in the program. The goal is to allow companies to raise quick cash while avoiding fire-sale prices. During previous crises, Kamco has stepped in similar ways.

Purchases are to start in July.

“Due to the novel coronavirus crisis, companies have been trying to secure liquidity by selling their assets but struggle to sell them off at the appropriate price,” Finance Minister Hong Nam-ki said during a government meeting on Thursday. “With Kamco at the center, we will create a 2-trillion-won asset purchase program.”

In May, a survey by the Korea Economic Research Institute found that one-third of the top 500 companies in the country by revenue will be forced to lay off employees if the coronavirus crisis continues for another six months.

The government is expanding private-sector access to government properties. These properties have to-date only been rented to small businesses, but with the outbreak continuing, it has decided to include midsize companies in the program.

Businesses renting public properties will be offered a 40 percent discount. These discounts will likely save small- and medium-sized enterprises 9 billion won through the end of the year.

The government will frontload 1.5 trillion won that was to be spent in the fourth quarter to the third quarter. It plans on announcing next month a relaxing of restrictions against venture capital investments by chaebol.