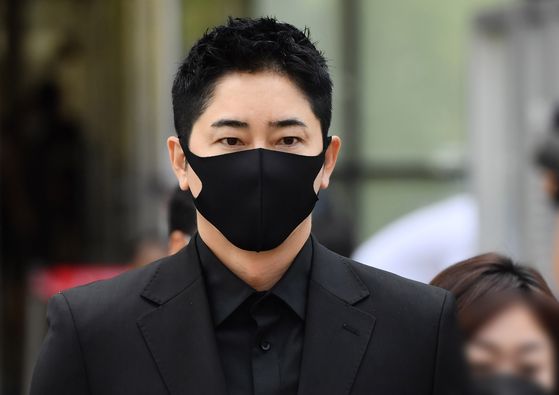 A local high court on Thursday upheld the former ruling on actor Kang Ji-hwan who was found guilty of sexual assault.

“We uphold the ruling from the first trial, which is a three-year suspended sentence,” Suwon High Court in Suwon, Gyeonggi, said in its ruling.

Kang was arrested in July last year after he was accused of sexually assaulting one employee of his agency and groping another during a company party at his home in Gwangju, Gyeonggi.

The prosecution asked the court in November to sentence Kang to three years in prison.

The district court of Suwon found Kang guilty of sexual assault and sexual harassment in December and issued a three-year suspended sentence, 120 hours of social work and 40 hours of counseling.

Both Kang and the prosecution appealed, leading to the second trial at the high court.

Kang did not speak to the press following the ruling at the high court on Thursday. It is unclear if he will file for another appeal.