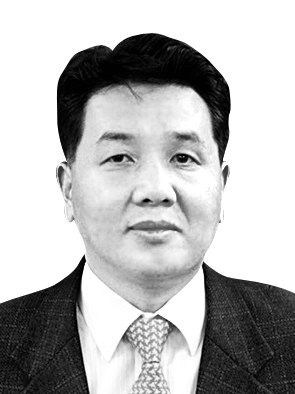 
My son entered college in March, and he is a homebody worthy of the title. He attends online lectures, play video games, and is on his mobile phone all day. He experiences campus life on screen. The only time he goes out is to walk the dog. It seems that he is missing all the fun in the freshman year in college. The class entering college in 2020 may be losing something special.

The generation names reflect the time. As seen in the so-called “IMF generation,” “880,000 Won generation,” and the “N-po generation,” the names suggest the pain and suffering of those periods. The current generation can be called the “Coronavirus generation” for sure. While there is no strict definition, those born in the 1990s are struggling to find a job in the aftermath of the Covid-19 pandemic. The N-po generation — which gave up many things, including seeking jobs and finding mates — are hit hard by the epidemic.

The “Lost Generation”  refers to the young people who lost the sense of direction in life after World War I. Ernest Hemingway (1899-1961) and F. Scott Fitzgerald (1896-1940) reflected their despair and hopelessness in literature. Gertrude Stein (1874-1946) is credited with coining the term. More precisely, an auto shop owner said it first. After the owner of the repair shop was mad at the mechanic who repaired Stein’s car sloppily and mentioned the term, Stein thought that it was a good expression to use, according to the book “For Hemingway” by Kim Wook-dong, a literary critic and professor at Sogang University.

For example, the Lost Generation couldn’t find their ways amid despair, helplessness, complaints and dissatisfaction over society. They are similar to the coronavirus generation today. The biggest factor is the unemployment crisis. According to a recruiting portal site’s survey of 815 people, nine out of ten consider themselves as part of the coronavirus generation, with 21 percent saying their biggest concern is finding a job, 12.9 percent saying they are most worried about unemployment and loss of job, and 12.2 percent saying virus contraction and spread is their biggest concern. Statistics Korea’s employment trend report on June 10 shows that perceived youth unemployment rate is 26.3 percent, the highest in five years.

Jobs are valuable to all, but jobs for the young are more important than those for other groups because the young people not only make their own living but are the future of the society. Of course, the government emphasizes youth employment. Its third supplementary budget plan allocates 2 trillion won ($1.67 billion) to creating jobs for youth, their vocational training, education and housing assistance. It aims to create 221,000 jobs for them. Local governments are also on the move. Seoul, Busan and nearly all local governments included a youth employment plan in their Covid-19 supplementary budgets. The 2.24 trillion-won supplementary budget of Seoul includes a plan to add 6,000 jobs in culture, arts and digital fields to resolve youth unemployment.

Youth unemployment is not a new issue. There have been dozens of measures announced in the Moon Jae-in administration. But problems remain, and effectiveness is questionable. Government-driven employment policy mostly creates short-term jobs. The mismatch of applicants and positions is an ongoing concern. As government measures are often sporadic, a bill to set up an administrative office devoted to helping the young was proposed.

The youth unemployment issue is more serious than ever in the Covid-19 era. According to the Korea Development Institute’s recent report on youth employment and policy recommendations, the impact of the Covid-19 crisis on the young people entering the labor market will last a long time, and they will suffer a considerable loss in wages and experience.

Young people want jobs for the future and relevant education and training. Companies should be able to provide quality jobs. But it is questionable how hard the government is working on nurturing businesses and enhancing competitiveness. President Moon is the head of the employment committee. He said that jobs are growth, welfare and the beginning of a happy life. Young people who haven’t even begun the happy life say they are more unfortunate than the IMF generation. There should be detailed and effective measures for the young now. They should not be left lost and wandering.

German chancellor urges climate activists to not endanger others