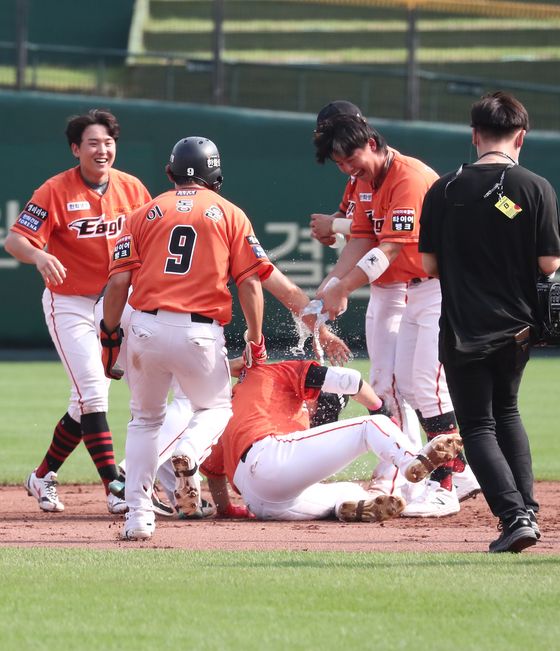 The Hanwha Eagles celebrate after winning 7-6 against the Doosan Bears in the first of two games on Sunday. The win, which came in what should have been Saturday’s game but was rained out after 3 innings, saw the Eagles finally ending their long 18-game losing streak. With 18 straight losses, the Eagles tied the record for the longest-ever losing streak in the KBO, originally set by the now-defunct Sammi Superstars in 1985. [NEWS1]