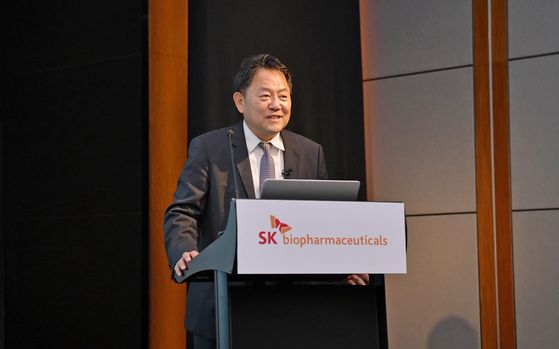 
SK Biopharmaceuticals, a wholly-owned subsidiary of SK Holdings, is hoping for a near 1-trillion-won ($823 million) initial public offering (IPO) bonanza that will be the company's silver bullet, allowing it to secure a beachhead in the cutthroat global pharmaceutical industry.


“The fresh fund will be re-invested into the company’s research and development of new drugs and their commercialization,” Cho Jeong-woo, CEO and president of the company said in an online press conference on Monday. “Through the company’s own capacity and various partnerships, it will continue to develop drugs that have global demand.” 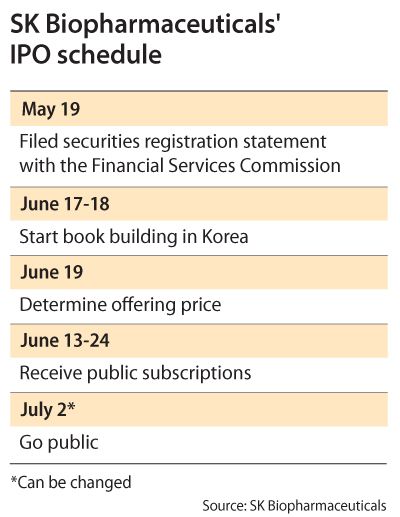 SK Biopharmaceuticals started its business in 1993 under the direct leadership of SK Chairman Chey Tae-won, who believed biopharmaceuticals could be the chaebol's next growth engine. It is only recently that its more than 25 years of research in developing new drugs came to meaningful fruition.


Last year, SK Biopharmaceuticals received two approvals from the U.S. Food and Drug Administration (FDA), to sell solriamfetol, a sleep disorder drug which is sold as Sunosi and cenobamate, a treatment for partial-onset seizure sold as Xcopri.


SK Biopharmaceuticals has especially high hopes for cenobamate, which launched in the United States last month. It is the first Korean pharmaceutical developed and tested independently to win FDA approval without a supporting partner. For solriamfetol, SK Biopharmaceuticals exported its technology to be sold by a local partner.


Taking control of the sales part of the business is one of the reasons why the company delved into the development of drugs for neurological diseases.


Due to the distinctive features of neurological diseases, only select specialists can issue the prescription to the patients, according to SK Biopharmaceuticals.


The company has been considered a good prospect for Korea Exchange listing, which has experienced an IPO drought this year.


SK Biopharmaceuticals plans to issue 19.6 million shares raising 959.3 billion won of fresh fund. Of the issued shares, 13.3 million will be newly issued, while the remaining 6.3 million will be transferred ones from SK Holdings. Once the company subsidiary goes public, SK Holdings will have 75 percent stakes on the newly registered firm. The estimated price is between 36,000 and 49,000 won.


“Considering the company’s integrated value chain autonomously handling clinical trials and also sales, the company’s valuation is expected to be at least 6.1 trillion won,” said Choi Jung-wook, analyst from Hana Investment & Securities. “But based on the price band, its valuation only stands at between 2.8 trillion and 3.8 trillion won. There will be huge interest from institutional investors from in and outside of Korea.”


The company submitted a securities registration statement with the Financial Services Commission last month, and plans to start book building with domestic institutional investors on June 17 and 18. After setting the offering price on June 19, it will receive public subscriptions on June 23 and 24.


It expects to go public on July 2.