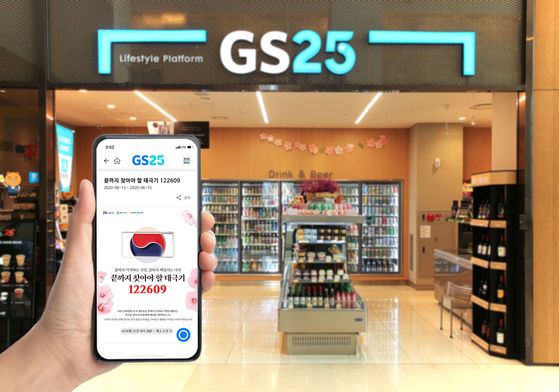 GS25 announced Tuesday that 62,570 Taegeukgi [Korean flag] badges available through GS Retail's mobile app, The Pop, sold on the day of release. A total of 90,000 badges were available from 144 GS25 stores yesterday as part of a campaign to remember the 122,609 soldiers whose bodies were never recovered from the Korean War. [YONHAP]