As economic woes continue, Koreans head back to the farm

As economic woes continue, Koreans head back to the farm 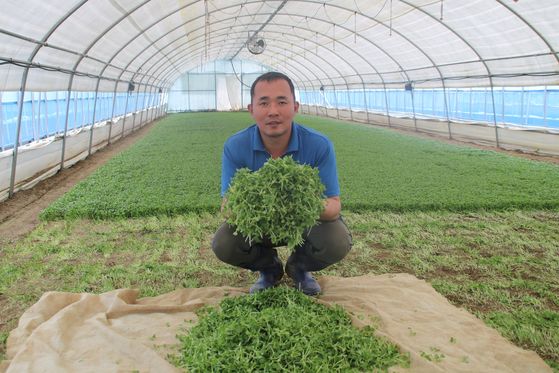 With economic growth slowing, the job market weak and the Covid-19 pandemic changing every aspect of daily life, many Koreans are opting to farm.

According to Statistics Korea, the number of people employed in agriculture, forestry and fisheries increased by 54,000, or 3.6 percent, to 1,551,000 last month compared to a year ago.


Excluding the health and social welfare services, where employment figures increased by 131,000 due to the spread of Covid-19, agriculture, forestry and fisheries jobs increased the most out of the 16 industries measured.

Agriculture and fisheries jobs also appeared more resilient, with the number of people employed actually increasing while other industries saw numbers plummet in the midst of the worst employment disaster since monthly statistics were first compiled in 1999.


Kim Eun-ho, the 39-year-old CEO of Bareun Farming, is in his third year as a farmer. Having settled down in Jinan, North Jeolla, to grow vegetables a few years ago, Kim now sees average annual sales at 95 million won ($79,000). Before deciding to return to farming, Kim spent nine to 10 months on an agricultural field experience program.

“Instead of just quitting work, I took a long vacation and participated in a six-month agricultural field experience program," Kim said. "I thought six months wasn’t enough, so I received additional on-site training for about three to four months. After gaining confidence, I decided to return to farming." 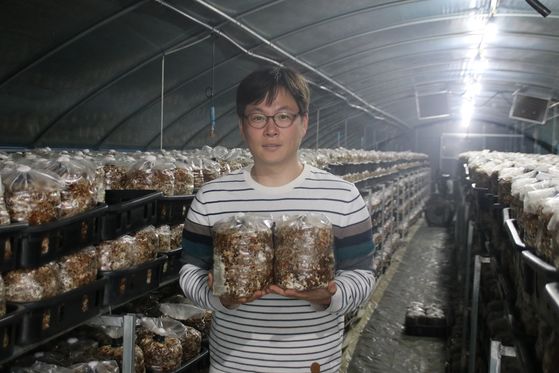 Kim isn't the only person to turn their hand to tilling the land after years in another industry.

Lee Kwang-nam, the 41-year-old CEO of Mushroom Farm that Sells Dreams in Cheongyang, South Chungcheong, shared the same advice. He said that one should return to farming with the idea of "learning before you start," not "trying first then quitting."

"I visited some leading farms in Korea for five to six months to help and learn about their work before deciding to return to farming, but there were many things that I wouldn’t have known without experiencing them, such as weather variables and cultivation techniques," Lee said. "I did not just visit their farms without permission, but I made the most of the government's help, including education programs and cost support for returning to farming."

The return to farming isn't a new trend.

"Many urban dwellers suddenly chose to return to farming during the IMF crisis in 1997 and the financial crisis in 2008, but this phenomenon is happening again," said Yoo Won-sang, head of the management personnel department at the Ministry of Agriculture, Food and Rural Affairs.

The problem is that a lot of people jump into farming without proper knowledge because they have either lost their jobs or shut down their businesses due to plummeting sales. Experienced farmers who have successfully returned to farming agree that ample farming experience, careful crop selection and various government education programs are important. 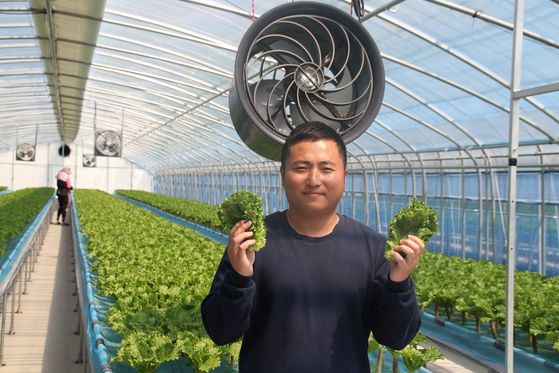 "Agriculture has no retirement age and is the only profession that does not betray your hard work," Choi Won-chang, the 36-year-old CEO of Gongjuae cabbage in Gongju, South Chungcheong, said. "Since it is an industry that requires endurance, make full preparations before entering the field."

It is also important to make the most of the government's education programs and funding. The Ministry of Agriculture, Food and Rural Affairs launched a "short-term farming education program" on June 8 for job seekers suffering from unemployment, business shutdown or unpaid leave due to the Covid-19 crisis.

"We plan to actively support urban dwellers facing economic difficulties due to Covid-19 to find new opportunities in agriculture and rural areas," the official from the Ministry of Agriculture, Food and Rural Affairs said.

Visit www.returnfarm.com to apply for programs.