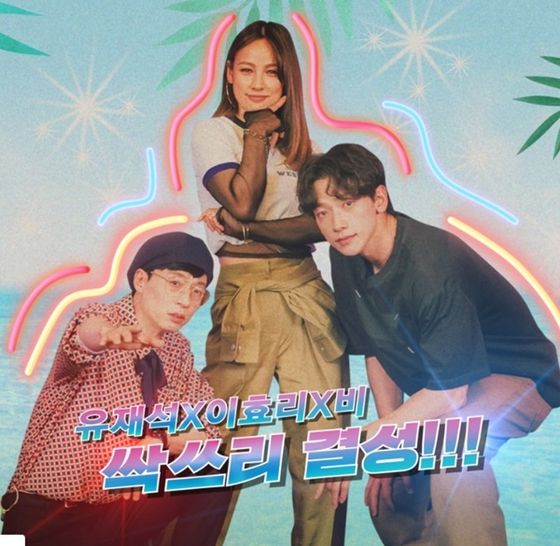 From left, entertainer Yoo Jae-suk, singer Lee Hyori and singer-actor Rain, on MBC variety show "How Do You Play?" [MBC]

The collaboration between singers Lee Hyori, Rain and entertainer Yoo Jae-suk on MBC variety show “How Do You Play?” has become a hit among young Koreans in their 20s.

According to Smart Media Rep, a content provider to platforms on Naver and YouTube, short clips of episodes from “How Do You Play?” were watched over 53 million times from May 9 to June 16.

The program launched in January with Yoo as the MC and was joined by Lee and Rain from mid-May. It was from then that the viewership of the program really took off.

The last five episodes with all three members of the show were watched an average of over 8.8 million times each, according to Smart Media Rep.

The trio of Yoo, Lee and Rain are preparing for their debut in mid-July as a co-ed K-pop group, called SSAK3, with retro-style music that used to do well especially in the 1990s and during the summer season in Korea. 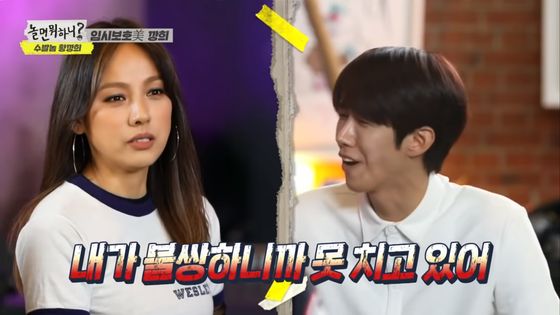 Kwanghee appearing on "HowDo You Play?" on May 30. [SCREEN CAPTURE]

Some of the songs that they practiced together in the latest episodes are seeing renewed popularity, like rapper BLOO’s “Downtown Baby” released two years ago, which rose to the top of the local music charts this week, after Lee sang the song on the show last Saturday.


Other popular singers and rappers have joined the trio to offer their advice, like Zico and Simon Dominic, as well as Kwanghee. Some of the most viewed clips were those with Kwanghee, according to Smart Media Rep.

How do you play MBC SSAK3