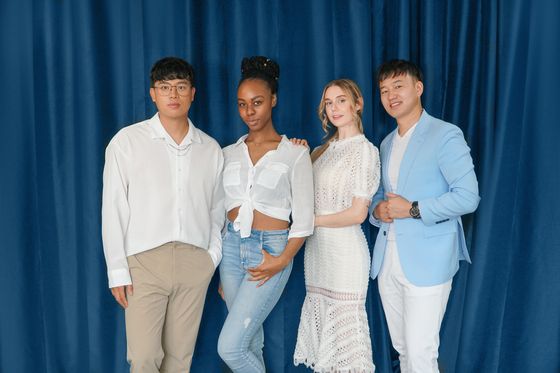 The title of E Channel’s audition show “Topgoal Rhapsody” is reminiscent of Korea’s “Tapgol” trend that began last year with the SBS Kpop Classic YouTube channel that uploads the biggest music videos of the 1990s and early 2000s. But instead of re-enacting hits from the past, "Topgoal Rhapsody" re-imagines them.

The show was first aired last month and has been running every Saturday evening since, featuring contestants of diverse nationalities who sing a Korean song from the 1990s and 2000s — the first verse in Korean and the second verse in their mother tongue.

From English to Spanish, French, Russian, Mongolian and Chinese, Korean songs are reborn in languages they have never been performed in before, and judges vote on who delivers the song best, keeping true to the original while also giving it new life. 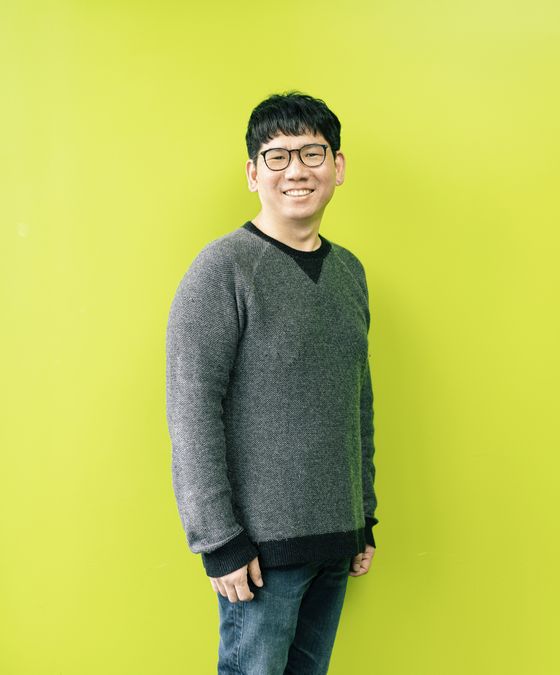 According to producer Je Young-jae, the initial idea was to have foreigners take a Korean song, adapt it into their language and try to debut with the song in their home country. But due to the sudden coronavirus outbreak, he took the keywords “foreigner” and “adapted song” and came up with the format of the show that we see now.

What was K-pop like before Psy and BTS? What songs were popular before the advent of the now-standard fancy beats and flashy choreography? Can Korean hits be translated into different languages and still remain true to their roots? These are the questions that the show asks, and the contestants give the answers.

“I think music is the most international language of all,” said Lara Benito, winner of the first round. “Even though you don’t understand what the lyrics are saying — as long as the singer’s good, obviously — you can understand the feeling that’s put into a song.” 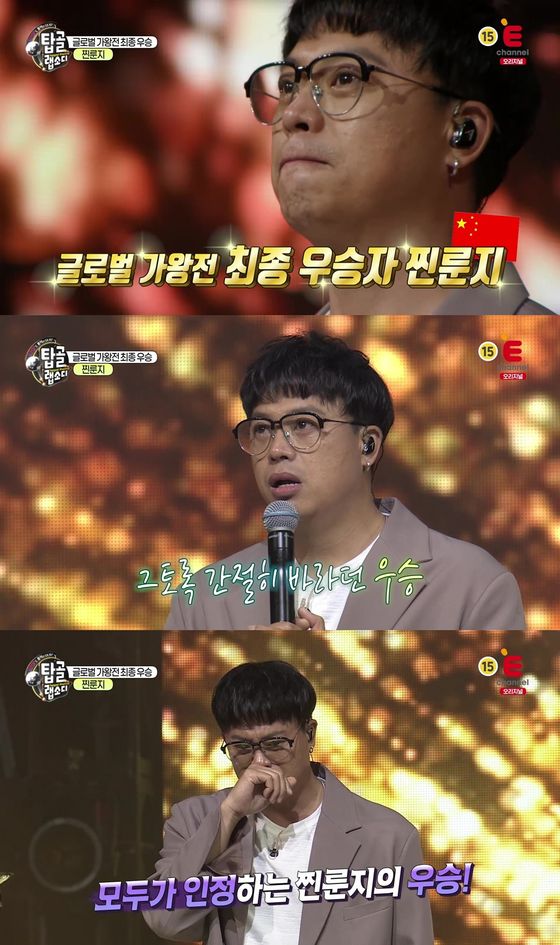 
On June 6, the five winners took part in a special episode for an ultimate face-off.


The Korea JoongAng Daily sat down with Benito, Nonon, Jin and N.Munkh for an interview, where they shared their experiences taking part in the show. Jennelyn could not take part in the interview. The following are edited excerpts.

When did you first come to Korea?


Benito: I came to Korea for the first time in 2014 with my friend, and we lived here for a month because we liked it so much. One day, we went to Hongdae [western Seoul] and saw someone busking. Because my friend knew that I like singing, she told me to ask the singer whether I could sing as well, and they said yes. I sang 2NE1’s “Come Back Home” [2014], and that was when I thought about becoming a singer in Korea for the first time. I made a promise with my friend that we’d come back to Korea, and I did. I came back in 2017 and my friend came back a year later.

Nonon: I wanted to become a singer, but I never had a specific genre I wanted to pursue. It was just that I like music. So around freshman year of high school – around 2009, 2010 – a friend sent me a SNSD (Girls’ Generation) video and I was like “Ooh, this is kind of cool, I’m into this.” So from there, it was kind of like a snowball effect. There was this NYU contest and I won singing Lee Hi’s “1,2,3,4.” It was connected to this KBS International Contest that was going to be held in Changwon [South Gyeongsang]. That was in 2013 and that was the first time that I ever came to Korea.


How difficult was it to translate the lyrics by yourselves?

Nonon: I did use a lot of Papago (laughs). I was no stranger to using that. But because I am a songwriter, it wasn’t really about just translating it word for word, either. It was knowing the context and knowing what she’s trying to say and knowing how she’s singing it. It has to be poetic and fit with the melody, as opposed to just word for word. The hardest part was that I wanted it to sound like a real song. It has to be something that’s heartfelt and something that people actually listen to. And it’s so true that once you change to your native language, there’s a different feeling.

Benito: In "Don’t Forget," at the end, there’s a part where she repeats the word "saram" [person] three times. In Spanish it sounds very awkward to have so much alliteration together so I had to find a different way to express the same feeling. So the translation in Spanish doesn’t say the same thing, but it has the same feeling, hopefully. 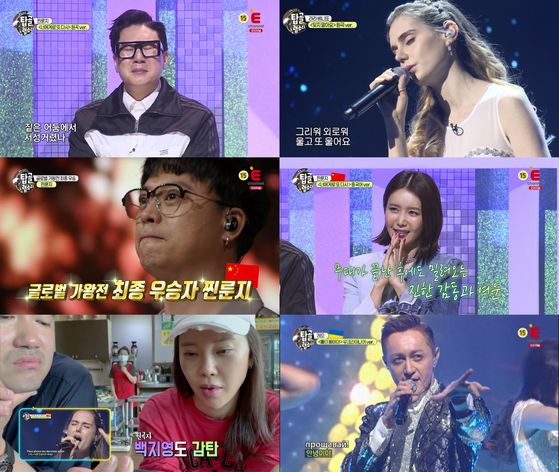 How did you choose the songs you were going to perform?


Jin: I prepared four to five songs for the audition. And among them, the producers chose “Please” and “Back To You Again” as the two songs that best suited my voice. My playlist is still full of songs that I love — most of which are old songs. I think about the things from my past when I listen to those songs, like when I was younger and I was going to school and so on. I especially like the songs from the drama “Reply 1988” [2015].


Do you think most people outside Korea first come into contact with Korean songs through dramas?

N.Munkh: I first heard Korean songs through the drama “All In” [2003], then it was from the drama “Slave Hunters” [2010]. That’s how I came to like Yim Jae-bum’s “Mark” [2010], which led me to “For You.” I liked the song from the start, but understanding the lyrics made the song so different. I thought I had sung it well before, but when a guitarist explained to me what the words meant, I ended up crying.

Benito: A lot of people actually listen to Korean music for the first time through dramas, which means they’re listening to ballads more than dance tracks. For me, I also really like “Reply 1988.” Listening to [Sanwoollim’s] “Youth” [1981] takes me back. I can’t say that I’m so old and I remember all my past lives, and even though I didn’t understand the lyrics back then, it made me go back to when I was 10 years old and running with my friends in the park. I remember my mom making me a sandwich and eating it in front of the TV and that’s what it made me feel like. It has changed now that I understand the lyrics of course. But it’s changed in the way that I can deliver the music. I can understand it better so I can deliver it better. 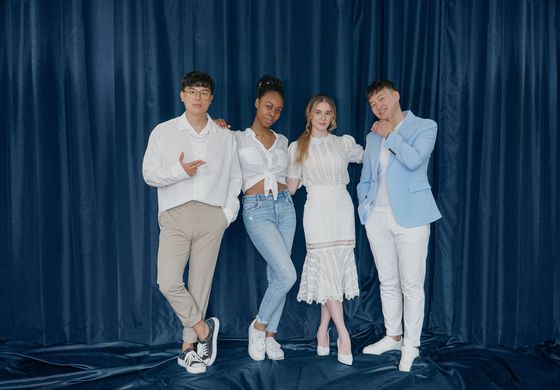 The subtitle of the show is, “Can K-pop be translated in different languages?” Do you think it can?

Benito: No, I don’t think so, and I don’t think it needs to be. BTS is already doing so well and everyone is listening to their music in Korean. K-pop is a genre itself. As I said earlier, music is the most international language. As long as the singer is well trained and they deliver it well, then the lyrics don’t really matter. Everyone should keep doing what they’re already doing. If you translated Korean into something else, then it wouldn’t be K-pop — it will be transformed into something else.

Jin: I disagree. I think that the local language is the best language to reach out to the people outside of Korea. For instance, there’s a translated version of Park Wan-kyu’s “Thousand Years of Love” [1999] in Chinese. I really liked the song, and I actually thought that song was a Chinese song. Yes, the lyrics might not matter for dance tracks for which the performances are more important, but for ballads and other vocal songs, I think if the lyrics were written in the respective languages, it would help people become more fond of Korean songs.


What are your thoughts now, after taking part in the show?


N.Munkh: This show was my first television appearance, and it made me realize that I could do so much more. I had been doubting myself, but I realize that I shouldn’t. I learned a lot and I think the show has allowed more Mongolians to get to know Korean songs.

Benito: I’m really grateful for the people that I met. But it’s also reminded me of my original dream to become a singer. I’m more determined than ever to become a singer and sing in Korean, and in the future, I’d like to unite the Korean and Spanish cultures and bridge them together.