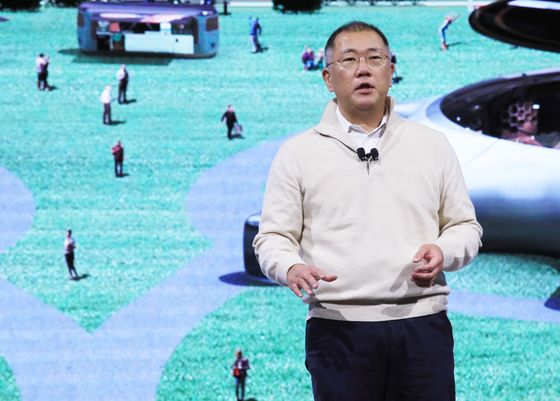 
An expected meeting between Hyundai Motor Group Executive Vice Chairman Euisun Chung and LG Group Chairman Koo Kwang-mo will focus on the two conglomerates' partnership in the electric vehicle (EV) battery businesses on June 22, according to an industry source and media reports on Friday.


The two executives will meet at LG Chem’s EV battery-making plant in Ochang, North Chungcheong, behind closed doors. It is said that Koo invited Chung to give a look around the manufacturing lines. The Ochang plant is a major production facility that handles LG Chem's domestic supplies. 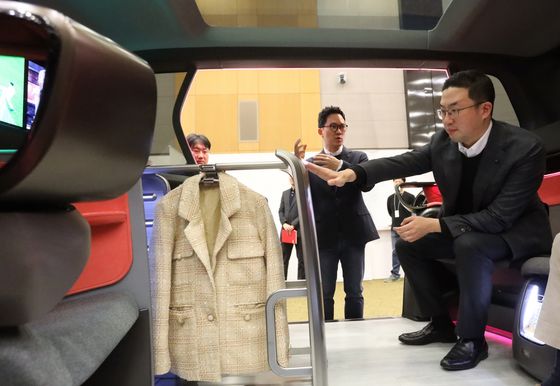 LG Group Chairman Koo Kwang-mo takes a look inside a connected vehicle on display at the company's research and development center in southern Seoul in February. [YONHAP]


It's been a month since Chung visited Samsung SDI’s Cheonan plant in South Chungcheong, where Samsung Electronics Vice Chairman Lee Jae-yong offered a tour of the EV battery manufacturing lines and gave a briefing on Samsung SDI’s research and development of all-solid-state batteries.

The meeting was seen as indicating the possibility of a future partnership, when development of the all-solid-state batteries advances toward commercialization. At the moment, Samsung SDI doesn't supply its lithium-ion battery to Hyundai Motor Group's EV lineup.

LG Chem has been a major EV battery supplier for Hyundai Motor Group’s vehicles, being equipped with a large quantity of Hyundai Motor’s EV models, while SK Innovation's batteries are used in most of Kia Motors’ EV models.

Last year, Hyundai Motor selected SK Innovation to supply the first batch of EV models that will launch from 2022 under its new EV-dedicated E-GMP platform. LG Chem was then selected as one of the battery suppliers for the platform’s second batch.