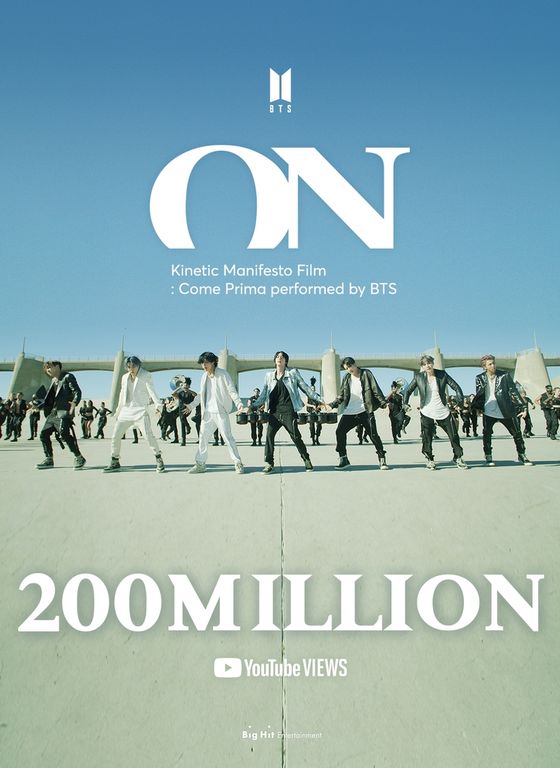 The band’s agency Big Hit Entertainment said in a statement that the music video, titled “'ON' Kinetic Manifesto Film: Come Prima” released on Feb. 21 has been viewed by over 200 million people on YouTube, as of 5:16 a.m. Sunday.

The video was the first of two created for the song “On,” the lead track on the band’s latest full-length album “Map of the Soul:7.”

On Saturday, the boy band also announced that the lead track for its upcoming Japanese album “Stay Gold” topped global iTunes charts in more than 80 countries.

The song, sung in Japanese, ranked No. 1 on the Top Songs chart in 82 countries, including the United States, Britain, Brazil and India, the company said in a release Saturday. The agency released the song prior to the official release of the full-length album.

It is yet another record for a BTS track sung in Japanese. Their Japanese single "Lights" topped the charts in 43 countries. 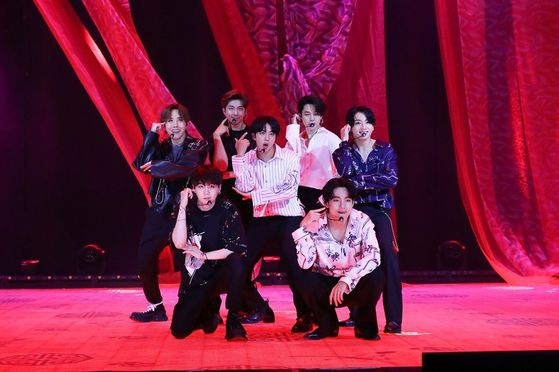 A photo of BTS, released by their agency Big Hit Entertainment, on June 15. [BIG HIT ENTERTAINMENT]


The full-length Japanese album is due to be released July 15. The song "Stay Gold" is also on the soundtrack of a Japanese TV series, "The Spiral Labyrinth-DNA Science Investigation." The drama was originally set to be aired in April, but its premiere has been put off indefinitely due to the Covid-19 pandemic.