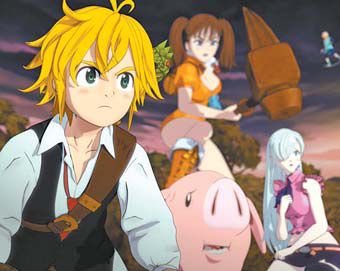 
When it comes to exports, K-games unbelievably beat K-pop and K-movies.

In 2018, a total of 7.78 trillion won ($6.4 billion) worth of Korean created electronic games were sold overseas, according to the Ministry of Culture, Sports and Tourism. Korea exported 610 billion won of music, while local film exports totaled 50 billion won.

K-game overseas sales are 11 times K-pop's and 154 times as much as the movie industry. The gamers seem to be winning.

The ministry’s report studied companies based in Korea that focus on content production and were in business for at least a month in 2018. Definitions were broad. Everything from film distribution to public relations and marketing were included when assessing the size of the movie industry. In evaluating the music industry, production companies as well as singing rooms were included.

According to an analysis of 39 game companies headquartered in Korea by San Francisco's Sensor Tower, as of June 16, more than 10 Korean games have made it into Google Play's top 100 for sales in five countries.

K-games perform especially well in Asia — 14 were in the top 100 in Hong Kong, 13 in Taiwan and 12 in Singapore — but they have also been gaining traction in South American and Caribbean nations, like the Dominican Republic, where 11 Korean games were included in the local top 100 list. Nine were ranked that high in Venezuela, 8 in Barbados and 8 in Brazil.

Korean games have been doing well in North America as well, as more than seven games have charted within top 100 in Canada and the United States.

Netmarble is at the forefront of the K-game wave. The games produced by the mobile developer and publisher rank in top 100 in 83 out of 89 countries based on their Google Play sales. Kabam, a Netmarble subsidiary, has been selling its popular games in 64 countries. Other major Korean game companies followed, with Com2uS hitting the top 100 in 63 countries, Pearl Abyss in 38, Smilegate Megaport in 34 and Line Games in 31.

Netmarble’s first quarter overseas sales were 377.7 billion won, 71 percent of its total sales. According to App Annie, Netmarble ranked No. 6 in the global sales by game publishers based on 2019 performance — the highest for a Korean game company. “The Seven Deadly Sins: Grand Cross,” which Netmarble produced last year, has been spearheading K-game’s global expansion.

“Summoners War," the flagship game for Korean mobile game company Com2uS, has been attracting more recognition abroad than at home. First quarter overseas sales for the company was 87.5 billion won, accounting for 83 percent of the company’s total sales. The prospects look bright, as North American and European sales occupy significant portions of the sales.

“Summoners War” has achieved a total of 116 million downloads since its release in June 2014, according to Com2uS. In 87 countries, it ranked No. 1 in sales for more than one day, and was in top 10 in 138 countries.

The game has been a national favorite in France in particular, securing its top 10 position in terms of French Google Play sales ranking for over five years. The game stands at No. 4 as of June 19.

“The effectiveness of customized promotions via 16 language services and six separate foreign headquarters has manifested in the results,” said a Com2uS official.

“NCSoft seems to be taking its time with the overseas market, as it has a steady foundation in domestic sales,” said an industry official.

Data substantiate the claim, as its signature mobile product “Lineage 2M” has been at the top of the rank for global Google Play sales just based on domestic sales, according to this year’s first quarter data by App Annie.