Seoul's bounty of burger joints offer something for everyone

Seoul's bounty of burger joints offer something for everyone 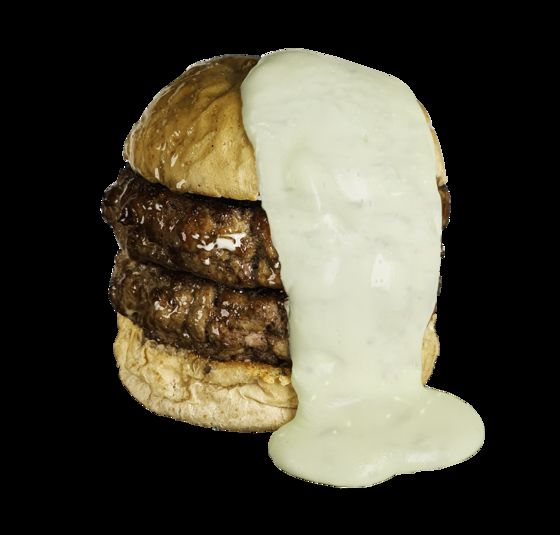 
Gone are the days when a hastily thrown together, processed fast-food burger was the only offering of the American staple available in Korea.

Nowadays, burger joints are springing up on every street corner, with menu items ranging from classic style cheeseburgers to burgers piled high with toppings and condiments, and more recently a variety of takes on the chicken sandwich.

Seoul is the hub of these burger restaurants, whether they're stand alone or part of a chain.

Downtowner, which became popular thanks to its avocado burger, is one of the newer restaurants that has expanded its outlets all across the capital region, following in the footsteps of competitors such as the the classic American-style Brooklyn The Burger Joint.

International brands are also starting to make their mark in the nation such as Shake Shack, which has multiple outlets and often collaborates with local chefs to introduce burgers with a Korean twist. Chef Kim Dae-chun of Toc Toc, for example, added white kimchi to his version.

This new fervor for burgers has been a long time in the making.

The burger scene in Korea has been changing slowly since McDonald's became the go-to place for young parents to host birthday parties for their kids in the 1990s.

The appetite for Burger King came a little later, with the company positioning itself as something a bit more prestigious and gourmet in Korea. Two decades ago, most Koreans considered Burger King's classic flame-grilled Whopper burger as a more luxurious option than McDonald’s towering Big Mac.

The battle among the big, imported brands moved its way down to smaller burger joints which began popping up in major commercial areas to meet the need of consumers who had experienced more upscale burgers during their travels outside of Korea.

About a decade ago, putting a pan fried egg with a runny yolk on top of the patty was a trendy thing to do in Korea, and Smoky Saloon was at the forefront of leading such trend. While it might seem like a contradiction, burgers featuring avocado began seeing popularity as they were viewed as a 'healthy option,' while nowadays its the simple, smashed patties often smothered in melted cheese that are the burgers du jour.

We've compiled a list of the trendiest, and more importantly tastiest, burger joints for you to check out in Seoul.


No Stress Burger
As its name implies, No Stress Burger offers stress-free, fuss-free fare. Located in Haebangchon, central Seoul, the restaurants serves up classic style cheese burgers with not much else but the main elements between the buns. The smashed-style patties are deceiving as you might think you'll be left hungry but the juicy meat that soaks the bun will definitely leave you satisfied. It only has about a dozen seats but what it lacks in space it makes up in atmosphere with the sizzle of hamburgers grilling acting as a perfect soundtrack to your meal. Prepare to wait in line at this small but tasty joint.
Yongsan District, central Seoul

Patty and Veggies
An up and coming burger spot, Patty and Veggies recently shut its doors temporarily to upgrade and prepare to cater to a larger number of customers, after it saw a surge of orders thanks to social media posts from so-called food influencers. Its signature burger is served with a side of cheese sauce, you can choose between cheddar, emmental or blue, to dip the veggie-less burger into. Other menu options include a burger with diced avocado and tomato salsa, as well as a Hawaiian burger with grilled pineapple and wasabi mayo.
Gangnam District, southern Seoul 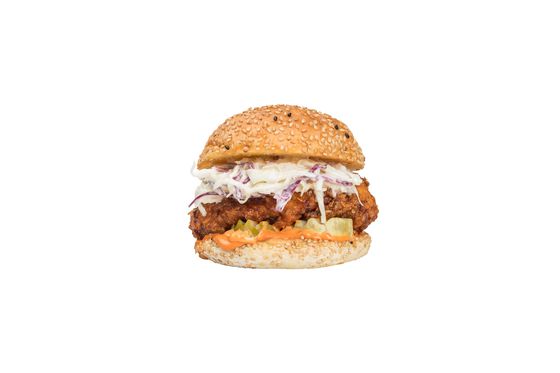 
Rocka Doodle
While not exactly a hamburger, we had to sneak Rocka Doodle onto the list as its chicken sandwiches without question hold their own when it comes to serving meat between two buns. Rocka Doodle serves Nashville-style hot chicken, but fear not if you're taste buds aren't spice tolerant as you can customize your sandwich to make it as mild or as fiery as you desire.
Gangnam District, southern Seoul

One Star Old-fashioned Burger
Why not take a leisurely stroll by Yangjae Stream in Gangnam District and then fill up with a burger. The area in Dogok-dong, southern Seoul, gets crowded whenever it is a picnic weather outside with people rushing to the scenic neighborhood to feel nature. One Star Old-fashioned Burger offers pretty simple burgers but what they lack in complexity they make up in taste.
Gangnam District, southern Seoul 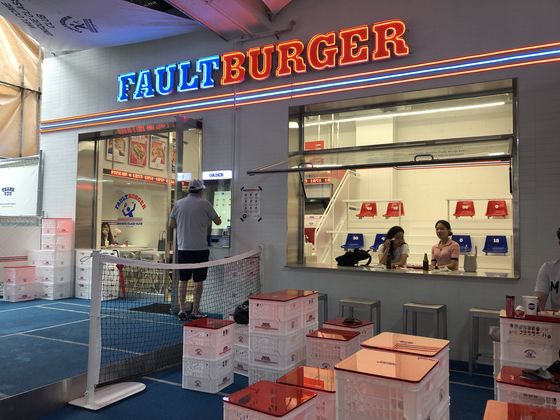 
Fault Burger
Of all of Seoul's burger joints, Fault Burger hands down takes the prize for most unique interior. Decorated to look like a racket ball court, the restaurant even features a real net that cordons off the kitchen from patrons. You can use stackable boxes to make your own table and chairs anywhere you want. The burgers here are made with green onions inside the patties which adds a delicious and distinctive taste that is particularly popular among local customers who are used to green onion as a common component of a lot of classic Korean fare. Fault Burger's veggie offering is also a tasty alternative to those looking for a meat-free option.
Gangnam District, southern Seoul

Saint Grill
Opened by the company that runs Egg Drop, a popular breakfast spot that's famed for, you've guessed it, egg sandwiches, Saint Grill seems like it was designed with a pandemic in mind. The first thing you'll notice when you enter are the two sinks that provide the perfect place for patrons to scrub their hands before tucking in. Saint Grill promotes its use of Korean beef and the taste is smoky and delicious. Most burgers feature a mild white sauce that balances out the meatiness. And no need to worry about making a mess, or greasy fingers, those sinks are ready and waiting for you to wash-up after you've eaten-up too.
Gangnam District, southern Seoul

Le Freak
Le Freak differs from other spots on this list as there is no 'behind the scenes' with the burger-making process at this restaurant. Pull up a seat alongside the kitchen and watch the entire process of your burger being made, from the patty being thrown on the grill to the buns being piled with veg and cheese and then slathered with sauce. Le Freak has also taken a leaf from Rocka Doodle's book and brought the hot Nashville chicken sanwich to the trendy Seongsu area. However, this restaurant likes to add its own twist as part of a monthly special. This month's special is the 'Ongbak' a Thai style fried chicken sandwich which is served with som tam made with kohlabi, lime mayo and peanuts.
Seongdong District, eastern Seoul

Downtowner
Now known as one of the classic burger joints in Seoul, thanks to its famed avocado burger, Downtowner is a go-to spot for many burger-lovers. Along with its fresh and hearty avocado burger, Downtowner is well known for its black and white striped packaging which has helped it stand out especially on social media where photogenic burgers and their wrapping are well-received. After the avocado burger became a hit, Downtowner expanded and not only opened more restaurants but modified its current ones to fit more customers.
Multiple branches in Seoul

Brooklyn the Burger Joint
This spot offer quintessential retro American-style diner vibes. It started from a small spot in Seorae Village, and has now expanded all across Seoul. The variety of burgers that include a fish option also makes it easy for everyone to find something that suits their tastes. For those wanting a simple but tasty meal there's the classic burger called The Works, while cheese lovers can indulge in the Cheese Skirt. If you're looking for something a little more unique the Burgherita, which is topped with sundried tomato, basil, mozzarella and Parmesan cheese might be the best choice for you or if you want something that's not beef, try the lamb burger that comes with a cumin mayo.
Whatever you choose, wash it down with a thick and creamy milkshake. Its Garosu-gil branch opens 24 hours for those who want to cure their hangover or try and stave one off late-night.
Multiple branches in Seoul 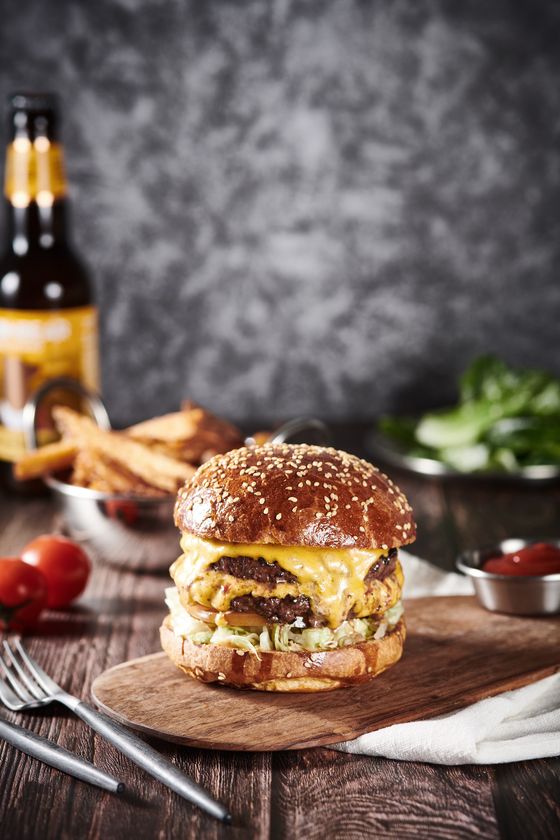 
Elder Burger
Located on the side road of the cafe-and-restaurant-filled street right next to Seoul Forest, Elder Burger has been slowly amassing followers. The chefs here bake the buns, mix the sauces, and even grow the vegetables to make sure each bite is the best quality possible. Elder Burger has joined hands with gardening brand Planty to grow baby romaine inside the restaurant which can be cut and enjoyed as you please. A special shout out has to go to the onion rings, which are extra crispy and seasoned to perfection.
Seongdong District, eastern Seoul

Zesty Saloon
Thanks to a recommendation from entertainer Lee Young-ja, who’s been gaining credibility when it comes to tasty food finds, Zesty Saloon has been gaining popularity. While there are many classic-style burgers on the menu, the stand-out option is the shrimp burger with wasabi sauce. The sauce is just the right amount of spice to cut through the fried shrimp patty without being overwhelming.
Seongdong District, eastern Seoul 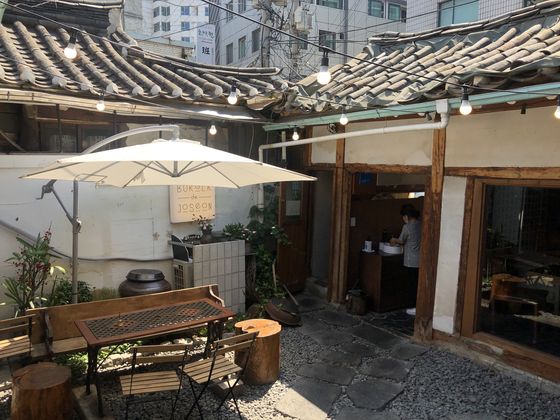 
Burger de Joseon
This burger joint marries modern fare with historical architecture. Burger de Joseon is located in a hanok, traditional style home, steps away from the Gyeongbok Palace. The burgers here are simple and classic in style while the option to add a hash brown gives them a unique taste and texture. Jongno District, central Seou